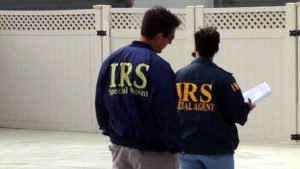 Prince Harry and the British Royal Family are probably regretting their decision to let the prince marry American Meghan Markle. The former actress is still an American citizen.

Markle is legally obligated to pay taxes on foreign income. This includes money from the royal family and UK taxpayers.

An IRS investigation has the Queen and the British Royal Family hiring American tax experts. They want to thwart a nightmare audit or possible raid of royal assets.

We’re looking at a level of financial exposure the Royal Family has never had to face before.

A tax audit of the Duchess of Sussex could extend to anyone else she draws money from. This includes Prince Harry and the British Royal Family.

An IRS probe could even extend to the Queen and Prince Charles as they provide funding for the couple.

The IRS is known for its bloodthirsty mafia-style tactics pursuing people they believe owe them money. 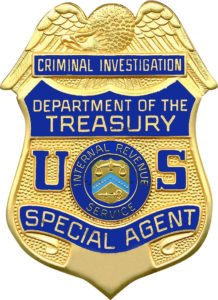 Markle’s 2018 tax return would detail any money she and Harry have made since they began living together.

Of course, this raises the tantalizing prospect of Uncle Sam getting a look behind the velvet curtain and seeing the private finances of the Royal Family.

The Duke and Duchess are required to give the IRS full details of any joint assets. They are also required to disclose bank accounts or any offshore trusts valued at more than $200,000.

Markle must also declare the perks she receives by joining the British Royal Family. This includes such as the use of Kensington Palace where she currently lives with Prince Harry.

The IRS would need to spend excessive man-hours attempting to work out the market rental value of a royal palace. It’s an Olympian effort and is not for the fainthearted.

Markle will also have to declare personal items. This includes her engagement ring and wedding dress. They are classified as a gift ‘from a foreign person.

Duchess or no duchess, when it comes to the IRS, Meghan is like every other American citizen. Each year she must file her tax return and pay any tax she owes to Washington. The US income tax system is citizenship-based, so as an American it doesn’t matter where in the world you live and work – your tax affairs are always Uncle Sam’s business. 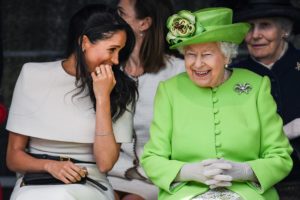 The Queen voluntarily agrees to pay income tax and capital gains tax. Since 1993 her personal income has been taxable as for any other taxpayer.

Her Majesty has always been subject to VAT and pays local rates on a voluntary basis.

Queen Elizabeth II receives money from a Sovereign Grant from British taxpayers. She also has access to the Privy Purse. The Privy Purse is her portfolio of land and properties. It also contains her own personal investments.

Experts found the monarchy contributes £1.8billion to Britain’s economy each year through tourism.

The British Royal Family costs British taxpayers around £292 million per year. This equates to £4.50 per person.

Markle will have to declare anything more than $100,000 from Prince Harry or the British Royal Family in the form of an allowance.

Since the age of 21, Prince Harry and Prince William have been receiving an estimated $450,000 a year investment profit from their late mother’s $29.9m estate. Both princes pay UK taxes on the income.

The IRS could conceivably tax Nottingham Cottage on the grounds of London’s Kensington Palace. Markle lives there for free. The IRS could consider this a substitute for income.

Her tax preparer may advise her to declare it to avoid any ambiguity.

The Dutchess of Sussex also has to give the IRS full details of her finances if she and Harry have any joint assets, bank accounts or offshore trusts in excess of $200,000.

Markle would also have to make that declaration. However, because Prince Harry is a non-resident and non-U.S. citizen, the rule will not apply to him.

The IRS would take an interest in the British royal family’s fortune estimated at $500 million. In the unlikely scenario that Harry becomes King with the Duchess as Queen. However, Prince Harry is sixth in line to the throne, so such a detailed return is unlikely to ever happen.

The Duchess will have to pay taxes to the IRS and UK Revenue.

The actress will also have to pay UK taxes any luxury gifts she bought in the US for Prince Harry or the British Royal Family or face a hefty fine.

Gifts over $188 imported into the UK from outside the EU are liable for customs duty and VAT.

VAT tax of 20% is also charged on the total value of the goods. The maximum penalty for not paying customs duty is $3482.

But a person caught for the first time is likely to receive a minimum penalty of $348.