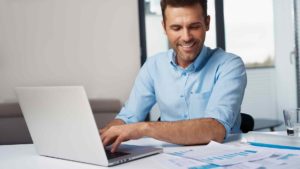 The number fraudulent mortgage applications submitted to lenders has skyrocketed. The fraud has moved beyond using exaggerated income. Fraudsters are now using fake employers. Thus, the number of fake employers has also skyrocketed.

As a result, Fannie Mae has issued a warning to lenders because the situation has become so bad. The GSE has identified more than 40 fake employers showing up on borrowers’ mortgage applications.

The original 35 companies were generally located in the Southern California and Los Angeles County areas. However, the wave of fake employers has spread throughout California including some in Silicon Valley.

The Original List Of 35 Fake Employers Used On Mortgage Applications

Fannie Mae warned lenders in May that they should exercise extra caution if one of these companies is listed as a borrower’s place of employment. You can see the original list on Housing Wire.

Lenders must exercise caution in these situations and take appropriate steps to prevent the institution from being the victim of fraud.

Fannie Mae also states that the majority of the fake employers named on loan applications include loans originated by brokers. The GSE also stated they have found it on loans originating from 2015 through 2018:

Prudent origination, processing, and underwriting practices should include looking for red flags in the loan documents that raise questions about the transaction. Verify that the borrower’s place of employment actually exists and obtain supporting documentation.

The GSEs and FHA have made it easier for loan originators to commit fraud thanks to automated underwriting and desktop underwriting. When I wrote loans you actually had to use an X-Acto knife and White-Out if you wanted to commit mortgage fraud.

Today, everything is based on what is entered into an automated system by a loan processor. Information on the loan application is generally not validated until the loan goes into default. By then it’s too late.