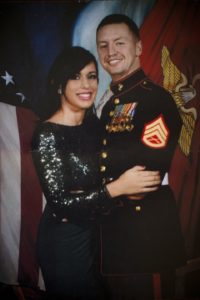 Disabled Marine veteran Jacob McGreevey has finally won his SCRA Foreclosure case against PHH. McGreevey is not only getting justice for himself but for as many as two-dozen other military veterans.

The former Marine fought a long and unsuccessful court battle to prove that creditors illegally seized his Oregon home when he was overseas fighting Al-Qaeda.

He had all but decided to throw in the towel after the 9th Federal Court of Appeals ruled against him in August.

But McGreevey learned Thursday that the Department of Justice in Seattle had determined that PHH Mortgage and Northwest Trustee had illegally foreclosed on at least two-dozen veterans including McGreevey.

Ironically, both companies are now defunct. PHH Mortgage was acquired by Ocwen and Northwest Trustee dissolved.

Jacob McGreevey was in the Marine Corp and was fighting Al-Qaeda in Iraq on the day he was served with foreclosure. McGreevey returned home after his third tour in Iraq just days before his lender was planning to throw his belongings to the curb. He knew they had violated the Servicemembers Civil Relief Act.

The SCRA prevents lenders from foreclosing on active duty military personnel while they are deployed in a combat zone.

After four tours in combat zones, the battle-hardened McGreevey relished a good fight and he got it. The fight turned into an all-out battle royale that included him, the CFPB and the state of Oregon on one side. PHH Mortgage and the Trump Administration on the other side. 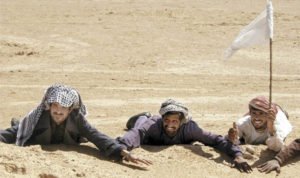 McGreevey enlisted in the Marines in 2000. His first active-duty assignment came in 2003 when he was part of the invasion of Iraq.

The Marine Corps called him back to Iraq and Afghanistan for three more tours. He was also in Fallujah.

In all, he spent about four years in the Middle East.

McGreevey bought a house on Northeast 24th Court between deployments. He made a mistake many soldiers make during his third combat tour. He trusted the wrong person to make the mortgage payments.

McGreevey returned from his third tour in June 2010 in time to watch PHH Mortgage to throw his possessions to the curb.

McGreevey was unaware of his rights under the SCRA. So he didn’t contest it.

At the end of McGreevey’s final deployment ended in 2012, he had risen to staff sergeant. He also suffered from post-traumatic stress syndrome and a back injury.

McGreevey began reinventing himself for civilian life after 12 years in the military. He earned a business degree from Portland State University and got a job at a bank.

The law prohibits banks and other creditors from foreclosing, garnishing, evicting or repossessing assets from service members while they are on active duty or within 12 months of leaving the service. It is the creditor’s obligation to determine whether the debtor is protected by the law.

McGreevey looked up his former CO Sean Riddell. Riddell was now practicing law across the river in Portland, Oregon. He had developed a reputation for being a hard-nosed prosecutor turned civil lawyer after leaving the Marine Corps.

The former Marine claimed the facts were simple. PHH Mortgage foreclosed on McGreevey’s house two months after he began his third tour and within the 12-month window of his active duty. Thus, McGreevey was protected under the SCRA and the foreclosure was illegal.

PHH Mortgage didn’t focus on the central issue of whether their foreclosure violated federal law. Rather, PHH Mortgage and Northwest Trustee argued McGreevey waited too long to file his complaint.

The SCRA has no statute of limitations. Yet, most courts have elected to apply a time limit based on the statute of limitations in the most closely analogous state law. This gray area gave the two companies the opening they needed. PHH lawyers argued that under Washington law McGreevey only had four years from the date of the foreclosure to file his lawsuit. Riddell argued for six years.

A federal judge in Seattle accepted the four-year limit. Even removing the 15 months McGreevey served in 2011-12 from the computation, more than four years had passed between the foreclosure and filing of the suit. Riddell appealed the decision to the 9th Circuit Court of Appeals.

I’m not going to tell a four-tour combat veteran that he needs to take another one for the good of the order.

US Attorney General Jeff Sessions Steps In And Sides With PHH

In November of 2016, the Obama Administration announced they were cracking down on financial service companies that jerked around veterans. The US Department of Justice even began taking steps to do it. Unfortunately, that all ended in January 2017 with the inauguration of Donald Trump as President.

The Justice Department under Jeff Sessions did intervene in McGreevey’s case on March 29, 2017. The DOJ sided with PHH Mortgage and Northwest Trustee. DOJ lawyers said they were not taking a position on the merits of McGreevey’s complaint. Instead, they echoed PHH Mortgage’s argument that the four-year statute of limitations should apply. They also argued that McGreevey’s case should be dismissed.

Judges at both the U.S. District Court and Appeals Court levels decided against McGreevey on the statute of limitations grounds.

But McGreevey had a powerful ally. Strangely enough, it was the same DOJ that had filed an amicus brief against him. The civil rights section of the U.S. Attorney’s Office in Seattle had opened an investigation of Northwest Trustee after becoming aware of McGreevey’s case. They soon discovered PHH and Northwest Trustee had done the same an illegal SCRA foreclosure on two-dozen other military veterans.

Disabled US Marine Takes On PHH Mortgage And Trump Administration