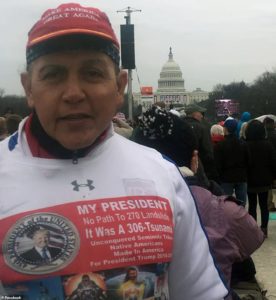 Donald Trump-loving MAGA Bomber was taken into custody in relation to pipe bombs mailed to prominent Democrats on Friday.

Public records in Broward County show One West Bank illegally foreclosed on Cesar Sayoc in 2009. United States Treasury Secretary Steve Mnuchin was the CEO and principal owner of One West.

The MAGA Bomber was living a comfortable life in 2006 when he bought his Fort Lauderdale home. Sayoc refinanced his home with an adjustable rate mortgage with the now-defunct IndyMac Bank for $385,500.

The Sayoc’s career as a professional wrestler didn’t pan out and he fell behind on his mortgage.

The future MAGABomber wasn’t the only one having financial issues. IndyMac Bank collapsed in the summer of 2008.

Sayoc had been living in his van since 2010. He worked as a traveling stripper and bodybuilder.

Why Steve Mnuchin And One West Screwed Over The MAGA Bomber

Steve Mnuchin and group of deep-pocketed investors swooped in and bought the bank from the FDIC and renamed it One West Bank. The FDIC also gave Mnuchin an insanely sweet deal by promising to cover any losses.  However, Mnuchin and his pals were to do what they can to modify loans of people in foreclosure. They never did and why should they? They make more money kicking people out of their home.

Numerous homeowners and consumer groups accused Mnuchin of running a foreclosure machine. The bank did agree to a 2011 consent order stipulating that it wronged homeowners. As result, One West made restitution to a number of them. 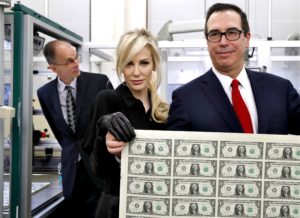 IndyMac Bank filed for foreclosure against Sayoc in January 2009. The Broward County court docket indicates Sayoc was not served. He either avoided the process server or the process server lied and never went to the house. Who knows? A lot of crazy stuff happened here in Florida in 2009 and 2010.

However, IndyMac had a problem. They hadn’t completed the paperwork proving that it owned the mortgage when they initiated the foreclosure. It also appears they also didn’t have the note. Under Florida law, a mortgage servicer must be in possession of the original note to foreclosure.

The Law Office of David Stern represented One West and they weren’t going to let a small problem like missing documents stop them. Stern’s office just began backdating mortgage assignments and they weren’t shy about hiding it.

She also acknowledged that she did not read the documents before she signed them. In addition, she admitted to not signing in the presence of a notary. Thus undermining the purpose of notarization.

Florida judges threw out cases involving Johnson-Seck’s signature. Yet, that didn’t happen in Sayoc’s case. Circuit Court Judge Robert Fogan ruled for summary judgment in favor of IndyMac on September 2, 2009. As a result, the MAGA Bomber was evicted in February 2010.