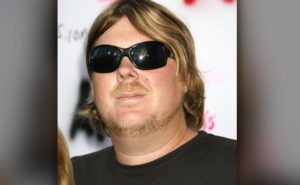 Former Ataris bassist Micheal Davenport admitted in court that he spearheaded a massive real estate scam. The scam defrauded more than 100,000 people nationwide out of more than $27 million.

The former Ataris bassist pleaded guilty to a charge of conspiracy to commit mail and wire fraud.

All they had to do to get access to the homes was pay a $199 fee to Davenport’s company.

Potential customers called in response to these ads. American Standard salespeople would convince them to purchase American Standard’s list of houses for $199.00. The “list” contained more information about the property. The salespersons also said that the houses on the American Standard list were in “pre-foreclosure.”

American Standard employees also told customers they could purchase the houses by simply taking over the mortgage payments.

After the customers paid the $199 fee they learned that the houses on the list were not available for purchase. Customers also discovered that a substantial number of the properties were fictional.

At least 104 victims of the scam were located in twenty-two counties within the Southern District of Illinois. In addition, the indictment charges that American Standard’s list also included 534 houses located in Southern Illinois.