South Florida Foreclosures Are Skyrocketing Thanks To The Florida Supreme Court 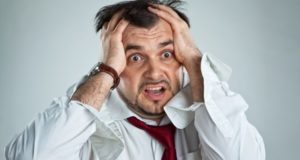 A new study by Attom Data Solutions shows that South Florida foreclosures are skyrocketing.  Florida had one of the highest rates of foreclosure starts in the United States in August compared to the same period last year.

The report shows one in every 1,180 households in Florida had a Lis Pendens and foreclosure action filed against it. This is a 35% increase from the same time last year.

Only New Jersey, Delaware, and Maryland had higher rates of foreclosure starts.

The Attom study also shows the number of foreclosure starts in Miami-Fort Lauderdale-West Palm Beach jumped 29% in August. This also is the fourth consecutive month of year-over-year spikes in foreclosure.

The spike in foreclosure starts in markets such as Miami-Dade. Miami-Dade is plagued by income inequality and stagnant wages that continue to worsen. This could be a sign of a worse problem.

The neighborhoods primarily affected are Homestead, Opa-Locka, City of Miami, Hollywood and Pompano Beach. These are all working-class areas.

Real Estate experts are scratching their head and pointing their finger at different market conditions. However, the blame lays solely on the Florida Supreme Court! 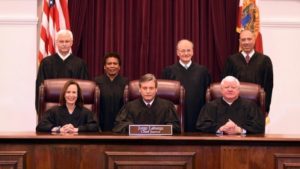 The Florida Supreme Court ruled lenders could repeatedly file foreclosure lawsuits against homeowners. All the lender has to do is serve the homeowner with a new letter of acceleration. The court also allowed the lender to file new cases against a homeowner when the lender lost the case and was forced to pay attorney fees to the homeowner.

The Bartram ruling has emboldened lenders. The court ruling also indirectly bailed out dying foreclosure mills. Some of these re-filed cases have no chance of winning. However, foreclosure mills like Albertelli Law and Shapiro, Fishman & Gache like them because it’s easy money from lenders even if they lose again.

Foreclosure mills are also hoping homeowners will walk away or settle instead of instead of fighting them again. They also know homeowners can’t keep paying lawyers or keep dealing with the stress of a foreclosure.