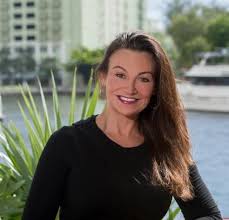 Fried is not some pot smoking hippie who follows the Grateful Dead from state to state in a Volkswagen van.

The Fort Lauderdale lawyer is the Democratic candidate for Florida Agriculture Commissioner. She is also one of the state’s most prominent lobbyists for expanding access to medical marijuana.

Fried played a crucial role in the passing of HB 307 in 2016. This bill allowed the use of medical marijuana for those with a terminal illness.

Last month, the pro-marijuana lawyer had her campaign account closed by Wells Fargo. Wells Fargo cited its policy of:

Not providing services to marijuana businesses or for activities related to those businesses.

The bank gave Fried’s campaign notice on August 3rd that they had 30 days to shut down the account. The campaign moved the account’s $137,000 to the new account with BB&T.

Fried’s campaign struck back at Wells Fargo in anticipation of another closure. They sent out a fundraising email asking voters to close their Wells Fargo accounts. The email read simply:

They don’t deserve your business.

Wells Fargo’s action in closing the account of someone seeking public office is virtually unheard of. This might be the first time it has happened in Florida.

Florida voters overwhelmingly approved medical marijuana by a 71% majority in 2016. If elected, Fried would serve in the Cabinet. The cabinet oversees the state’s banking industry and appoints the director of the Office of Financial Regulation. 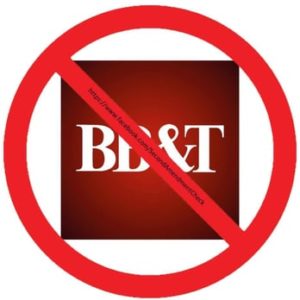 Fried Campaign Manager Alicia Stallworth said the campaign received a call from BB&T on August 29th telling them that the campaign’s bank account had to be closed within 30 days.

BB&T Bank sent the campaign an email on August 31st saying their accounts had to be closed in five business days.

BB&T declined to comment on the specifics of the account closure but said the bank strictly follows federal law. Bank spokesman told the Miami Herald:

While BB&T has no position on the issue of marijuana or the ongoing discussion regarding its legalization, we must continue to abide by all applicable laws and regulations as a federally-regulated financial institution.

The pressure for banks in the state to shun medical marijuana business is high. Florida hosts more international customers and sees more potential instances of money laundering than the average state.

Ironically, these same banks had no problem laundering money for Pablo Escobar and the Cocaine Cowboys of the 1980s.

Federal data released in June shows that by the end of last March, 411 banks and credit unions across the country were “actively” banking with marijuana businesses.