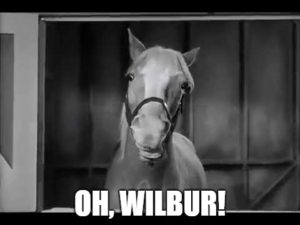 Wilbur Ross is also accused of being a pathological liar.

A Forbes magazine article outlined the allegations that led to lawsuits and an SEC fine. Forbes Magazine also states Ross could rank among the biggest grifters in American history if even half the allegations are true.

The Department of Commerce slammed the story:

The anonymously sourced Forbes story is based on false rumors, innuendo, and unverifiable claims. This rehash of old stories is clearly the result of a personal vendetta.

The SEC has never initiated any enforcement action against me.

Forbes notes Wilbur Ross failed to mention the $2.3 million fine the SEC levied against his firm in 2016.

One of Ross’ former colleagues called the millionaire, “a pathological liar.”

Is Wilbur Ross A Petty Thief And Deadbeat? 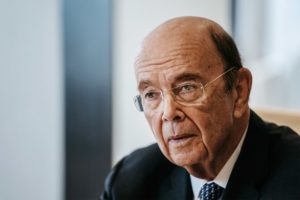 Forbes Magazine estimates Ross to be worth $700 million. Yet, he has been accused of pilfering Sweet’N Low packets from restaurants. Apparently, Ross didn’t want to shell out the $4.39 for a 250 packet box of the sweetener at Walmart.

Contractors would call his office to complain because they had not been paid. Others say Ross once pledged $1 million to a charity that he never paid.

A Commerce Department official told Forbes Magazine the stories were petty nonsense. The Trump Administration also added that Wilbur Ross does not put sweetener in his coffee.

Forbes magazine has also called Ross out for his phantom $2 billion that he claimed to be worth.

Ross’ private equity funds were underperforming. One of his equity funds is on track to lose 26 percent of its value.

The SEC fined Ross two months before the 2016 election and announced he was refunding $11.9 million his fund allegedly skimmed from its investors.

Ross’ firm, WL Ross & Co., derived much of its revenue from management fees charged to its investors. With funds as large as $4.1 billion, management fees of 1.5 percent could bring in more than $60 million a year.

Ross allegedly skimmed investors on fees and rebates that it did not deliver.

Ross ‘was like a kid in a candy store,’ said one of his former employees. ‘He pilfered it.’

Wilbur Ross And His Love/Hate Relationship With Donald Trump

Ross helped bail Trump out in his Atlantic City property in the 1980s. Yet, Trump has called Ross everything from a ‘killer’ to ‘past his prime.’

Trump has been benched Ross when it comes to trade deals and then sent to places like Beijing to try to negotiate them.

Ross signed an affidavit in November 2017 that he had divested of all his assets as he promised he would.

Yet, he still owned somewhere between $10 million and $50 million worth of stock in WL Ross’ parent company, Invesco.

He sold his shares a month later, banking at least $1.2 million more than he would have if he sold in May 2017.

Ross could be in legal jeopardy over the issue as it’s a crime to lie to federal officials.

But representatives for Ross say he didn’t lie but actually failed to realize he owned the shares.

Several lawmakers have asked the Commerce Department inspector general and the SEC to examine potential conflicts of interest that Wilbur Ross may have.