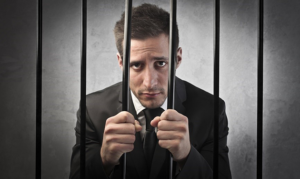 For nearly four years, Persaud obtained and sold for profit the personal banking information of his clients.

Persaud did not access the information without authorization. Persaud collected it when meeting with the bank’s clients. Thus, having a reason for accessing the accounts.

It seems the person Persaud originally approached to sell the data informed the FBI. He also wore a wire in later dealings with Persaud wore a wire and recorded phone calls to gather evidence.

Persaud abused his position by victimizing unsuspecting customers and will now pay the penalty for his fraudulent conduct. This Office will continue to work closely with our law enforcement and industry partners to vigorously prosecute those who undermine the integrity of the financial system.

Court documents indicate the JPMorgan Chase private banker sold personal information and account information of bank customers to others. He also used the information himself by making unauthorized withdrawals from the accounts.

Persaud’s scheme was exposed when he sold this information to a confidential informant in 2014. He also tried to sell $150,000 worth of private information of four other clients to an undercover law enforcement officer in 2015.