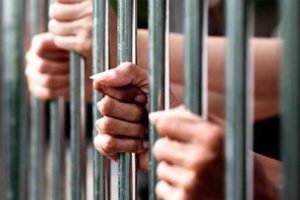 Three members of a mortgage fraudster family will spend more than 45 years in federal prison. The Matsuba family ran a $20 million mortgage fraud scheme that preyed on financially distressed homeowners for nearly a decade.

Dorothy Matsuba will serve 20 years. Whereas, her husband, Thomas Matsuba, and her daughter, Jamie Matsuba, each received a sentence of more than 10 years in jail for taking part in the nearly decade-long scheme.

However, the Matsubas never executed the short sales. They and others rented out the properties to other people and did not pay the mortgages on the subject properties. In addition, the mortgage fraudster family submitted fake documents to mortgage servicers to delay the pending foreclosures.

Furthermore, the evidence showed that the Matsubas ran an “interlocking web” of companies. They would frequently conduct business under the names of Ownership Management Service and Trust Holding Service.

The Matsubas also used stolen identities to take out mortgages. The mortgage fraudster family also filed bankruptcy in the names of distressed homeowners without their knowledge. The Matsuba family members would also place fake liens on the distressed properties.

Dorothy Matsuba’s brother, Young Park faces one count of conspiracy to commit wire fraud, make false statements and commit identity theft. According to the DOJ, Park is a fugitive.