The 2nd Florida DCA ruled that mortgage servicers must prove they mailed mortgage acceleration letters to a homeowner before initiating a foreclosure. The appellate court ruled in favor of homeowner Steven E. Soule.

Soule raised a number of grounds for reversal of the final judgment. The court rejected all of his arguments except one. The justices agreed that the MBS Trust failed to comply with paragraph 22 of the mortgage.

Paragraph 22 of a mortgage dictates the steps the lender must do when giving notice of the default. The Court reversed the trial court’s ruling.

The MBS Trust filed its foreclosure complaint against Soule in November 2013.  The lender based its claim on Soule’s failure to make his March 2011 payment and all subsequent payments.

Soule denied that the MBS Trust had complied with all conditions necessary to bring the action in his answer. Soule used the MBS Trust’s failure to comply with the notice provisions of paragraph 22 of the mortgage as an affirmative defense.

Ocwen employee Nena Kamman testified on behalf of the MBS Trust at the trial. Ocwen was the servicer of Soule’s loan at the time of trial. However, Ocwen had taken over servicing of the loan from Chase. Chase was the prior servicer and prepared and allegedly mailed the default letter pursuant to paragraph 22 in May of 2011. Kamman testified that she had never worked for Chase.

Kamman also asserted that Ocwen would not have boarded a loan if there were any “red flags” related to the loan.

However, she did not testify to how Ocwen would know if Chase had or had not mailed the letter.

Were The Mortgage Acceleration Letters Mailed? No One Knows 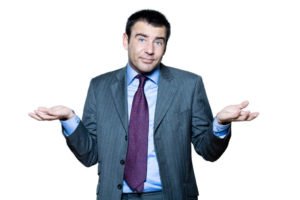 As a result, Soule argued that Kamman’s testimony was insufficient. She could not establish if the mortgage acceleration letters had actually been mailed. Soule admitted that Kamman’s testimony was sufficient to permit the MBS Trust to introduce the default letter into evidence. He also argued that introducing the letter into evidence was insufficient to show that it was mailed.

He also argued Kamman did not have personal knowledge of Chase’s routine business practices concerning the mailing of default letters. The trial court rejected this argument.

In that case, EverHome was the predecessor servicer to DiTech. An employee of DiTech testified that EverHome, as the prior servicer, had prepared and mailed the default letter to Spencer in 2010.

However, the testimony established that Ms. Knight had never worked for EverHome and had no personal knowledge of its practices. Ms. Knight also testified she ever spoken to anyone at EverHome about how this particular letter had been generated or mailed.

The court found Ms. Knight’s testimony insufficient to prove that the default letter had been mailed,