Connecticut Foreclosures Still Rank Some Of The Highest In The Country 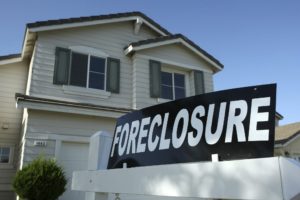 Connecticut foreclosures are still some of the highest in the United States. The state entered July with the fifth-highest rate of residential mortgages under foreclosure in the nation.

Bridgeport had the largest number of pending foreclosure sales in Connecticut. Bridgeport was followed by the cities of Stamford, New Haven and Hartford with 18 each. Affluent towns are also seeing high activity. There are dozens of foreclosure sales under way in Westport, five in Ridgefield and a pair of properties in Greenwich.

New Connecticut foreclosures made up 40 of every 10,000 homes in the first half of the year. This number does not reflect homeowners already in some part of the foreclosure process according to Attom Data Solutions. This includes everything from new default notices, lender repossessions or scheduled auctions.

Connecticut created a foreclosure mediation program in 2008 as did other states. Lenders must follow in an attempt to create a loan-workout program with the homeowner. The program is free for homeowners in arrears. Connecticut foreclosure victims can also learn the details of the program online at www.jud.ct.gov/foreclosure.