Was Bank of America Part Of A 102 Million Dollar Ponzi Scheme? 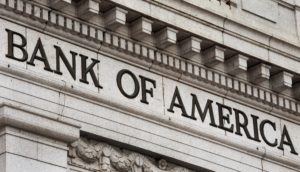 Bank of America is accused in a lawsuit of providing more than 100 accounts to perpetuate a 102 million dollar Ponzi scheme.

The class-action suit filed in Ocala, Florida. It follows a complaint last week by the SEC. The SEC alleges that five men and three companies defrauded more than 600 investors.

One of the alleged ringleaders allegedly commissioned a song about himself for a party in Las Vegas. The song’s lyrics celebrate his $10,000 suits and his partner’s affinity for champagne.

The brother and sister who filed suit to recover losses from their late father’s investment. They also claim the fraudsters could not have perpetuated their scheme without the knowing assistance of Bank of America. They claim BofA lent the scheme an air of legitimacy and provided critical support.

Bank of America spokesman Bill Halldin had no immediate comment on the suit.

The lender is also accused of failing to spot suspicious activity, including deposits of hundreds of thousands of dollars into accounts with relatively small, negative or nonexistent balances, followed by transfers within the same week to other accounts or investors seeking to cash out.

The architects of the scheme promised they would put investor funds into profitable and dividend-paying companies. However, the scammers spent $20 million to enrich themselves and made $38.5 million in Ponzi-like payments.