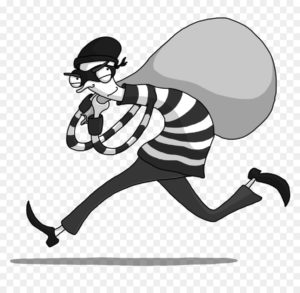 Terry Lee Taylor aka the Skinny Bandit was indicted by a federal grand jury with four counts of bank robbery.

Taylor robbed his first bank on June 9th. He walked into a US Bank in San Diego and passed a note to the teller that demanded $3,000 in $100 denominations. Taylor’s note specified that he had a gun and was willing to shoot everyone in the bank. Taylor robbed the bank of approximately $1,879.

Taylor also robbed a Chase Bank in Ramona, California three days later. He presented a note to the bank teller informing her he had a gun. The note again threatened the lives of everyone in the bank. Taylor fled the bank after receiving $4,696.

Taylor also allegedly attempted to rob a Bank of America on June 14, 2018. However, a diligent bank employee recognized a security photograph from the Chase Bank robbery, The bank employee immediately pressed the alarm and called 911. Taylor fled the bank without money.

Taylor also allegedly robbed a US Bank in Poway on June 18th. This time he had help from Trinity Arvin Keara Jones. Jones scouted the bank by entering the bank and speaking with a teller. Jones then left the bank. Taylor entered the bank and presented a note to the bank teller. The note threatened deadly force and demanded money. As a result, Taylor then fled with $2,295. Jones also allegedly drove the getaway vehicle with Taylor in the passenger seat.

Subsequent investigation identified Taylor as the robber. The FBI arrested the Skinny Bandit on June 18 in San Diego. Authorities took Jones into custody on June 19 in Ramona.