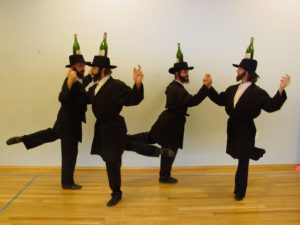 Orange County foreclosures have skyrocketed since Monroe voters decided to split their town. Since then, Satmar leaders have blown their shofar signaling their brethren in Brooklyn to make the trek to Orange County.

Property values in Monroe have declined another 20% since voters ratified the separation agreement. Matter of fact, values have declined so rapidly even Emily Conver is moving her family out of Monroe to nearby Warwick.

The cancer of plummeting property values has now spread to half of Orange County and it’s causing Orange county foreclosures to skyrocket.

MFI-Miami is in the foreclosure defense business. So we get the weekly MLS listings and foreclosure filings for Orange County. It’s not looking good. Foreclosures in Orange County have increased from 50 a week in January to near financial crisis levels of 85 a week.

This is bad. Really bad. Let me put this in perspective. Detroit with a population of 750,000 people and a plethora of firebombed homes only averages 60 foreclosure filings a week. 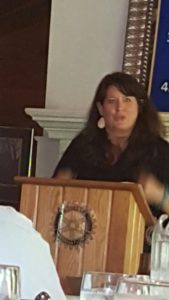 The Satmar pulled off their real estate blitzkrieg in Orange County with a speed and efficiency that has left everyone scratching their head. In less than 5 years they will have taken control of half the towns in Orange County. By comparison, it took them 30 years to take control of Ramapo in Rockland County.

The Satmar played this perfectly and it was something straight out of the Art of War by Sun Tzu. They used Emily Convers and John Allegro pit neighbor against neighbor in the Town of Monroe with their citizens’ group, United Monroe. Allegro and Convers performed their roles as willing patsies with great excellence.

United Monroe drove down property values in Monroe and help expedite Hasidic influences in neighboring towns like Chester and Tuxedo.

We in Orange County were lucky to have clearly established boundaries by having our own KJ Village and KJ School District. Not any longer, the KJ Overflow is in full bloom, the boundaries that served us all for 40 years were destroyed by the county’s fight against annexation.

Your policy of fighting the 164 acres annexation is working great. My estimate is that by five years at least 1,000 registered voters from KJ will reside in Woodbury and vote in the Woodbury Town/Village/School District elections.

The Overflow from KJ is in full bloom. Keep up the court appeal and KJ residents keep up the Overflow, just blame yourself.