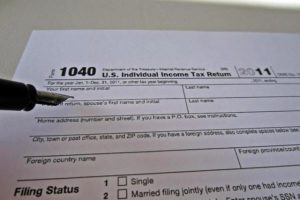 Aleykina was a CPA and holds a master’s degree in business administration.  She filed six false tax returns. They included three personal tax returns for years 2009, 2010, and 2011. She also filed three returns in the names of trusts she created for years 2010 and 2011.

Aleykina fraudulently claimed the head of household filing status and false dependents. She also falsely claimed she paid her mother and her sister to care for her son and for her father.

In addition, Aleykina also stole government funds and obstructed justice during the investigation.  She falsely claimed $4,000 in tuition reimbursement from the IRS for classes that she did not take.

Aleykina lied to criminal investigators when they came to retrieve her government laptop. She lied to the agents about the location of her government-issued laptop. She began deleting files from the computer after the agents left. The total loss to the government from Aleykina’s conduct is more than $60,000.