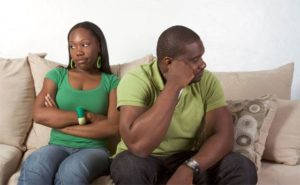 FHA loan denials increased across the board after the housing crash. As a result, they remain higher than they were 20 years ago.

The proportion of FHA denial rates for white and black applicants has narrowed over the past 20 years. Yet, the difference between whites and Hispanics and whites grew. The disparity also grew between Whites and Asians. Zillow conducted a study of Home Mortgage Disclosure Act data.

Mortgage approval data point to both progress and stubborn inequities in the American housing market. Black mortgage applicants are still more than twice as likely as whites to be denied. For the large majority of home buyers. These continued disparities represent an ongoing barrier to housing and social equity in America.

The Top 12 Cities For FHA Loan Denials For Minorities

Below are the 12 housing markets with the largest combined denial rates for minority applicants. The data also includes anyone who considered a “protected class.”

The findings are based on a Zillow analysis of HMDA data for the 50 largest metro areas in the United States. Surprisingly, the majority of cities on the list with FHA loan denials like Detroit also have populations where minorities and people classified as a “protected class” make up a strong majority of the population. Five of the cities are also in southern states with three of them being in Florida. Four of the cities are also in rust belt states like Detroit and Pittsburgh. Black people also have super majorities in cities like Detroit and Milwaukee.