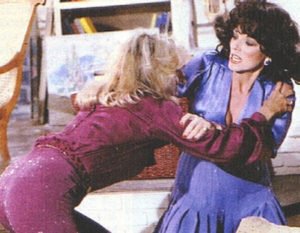 Wells Fargo retaliation against their critics has been going on for a nearly a decade. The attempted retaliation is catty in its nature and shows how immature, egomaniacal, and/or narcissistic their executives are. Take your pick. Wells Fargo executives are also almost as entertaining as watching the catfights between Joan Collins and Linda Evans on the old TV show, Dynasty. It’s also ineffective and makes Wells Fargo look extremely bad because it usually blows up in their face.

Alternative financial website ML-Implode posted stories by blogger Martin Andelman about Wells Fargo jerking around former Wells Fargo customer Norman Rousseau. The bank put Rousseau through so much hell that they drove him to commit suicide.

The bank didn’t have cojones to go after major media outlets like the HuffPost or UK Guardian.

So, instead, they went after the smaller websites like ML-Implode.

ML-Implode made a shocking discovery in the summer of 2012. They discovered Wells Fargo had frozen the main business account for ML-Implode with no warning.

Wells Fargo flagged the account as a “credit risk.” The bank slated it for immediate closure.

This was slightly unusual because ML-Implode’s account was a plain checking account. In fact, ML-Implode paid a monthly fee for the account. So Wells Fargo was only shooting themselves in the foot.

Wells Fargo also made a $3500 deposit from ML-Implode’s merchant account processor disappear when they seized the account.

The bank tried to silence Martin Andelman about his writing. Wells Fargo attempted to scare anyone they believed he had a business interest with.

As luck would have it for Wells Fargo, REST Report Matters banked with Wells Fargo. The bank immediately seized the money in their business accounts as well.

Wells Fargo Retaliation Against MFI-Miami Blows Up In Their Face 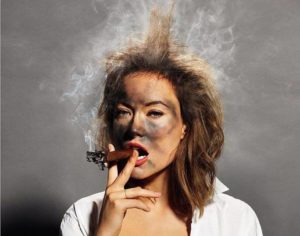 I jumped into the fight at the height of Wells Fargo going on the warpath against their critics.

I wrote about the Wolf of Wall Street behavior that went on in the lending industry during the boom. The strippers, the booze and the drugs that were paid for by Wells Fargo and other lenders.

To say Wells Fargo didn’t like the article was an understatement. They could sue me for libel but then they would have to acknowledge the perks they gave wholesale mortgage brokers. Something Wells Fargo and other lenders don’t want you to know happened.

They refused to give MFI-Miami clients requested documents and would not honor MFI-Miami requests for documents. It was very Dynasty-style catty.

Lawyers had to call Wells Fargo executives in Des Moines and threaten them with litigation before Wells Fargo backed down.

I have written nearly 150 articles about the whacky illegal antics of Wells Fargo and their executives. Since then, I have had my clients’ files stamped with a Scarlett Letter style red stamp.

In the past year, Wells Fargo has stepped their cattiness by flatly refusing to give me files. It’s really all for not because I get them anyway. It actually costs Wells Fargo more money to comply. They now have to pay their lawyers to put the files together and email them to my client’s attorney. If they want to play the cattiness game it’s their call and their money. 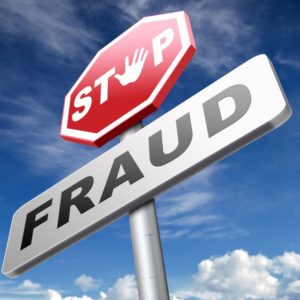 If there is anyone on this planet that Wells Fargo despises more than MFI-Miami, it’s Beth Jacobson. Beth Jacobson was one of Wells Fargo’s top producing Loan Officers during the housing boom. Wells Fargo retaliation soon became personal.

Beth Jacobson became the star witness when the City of Baltimore sued Wells Fargo in what was dubbed the Ghetto Loans lawsuit.

She even testified in front of Congressional Committees. Wells Fargo was eventually forced to pay Baltimore $175 million to settle the lawsuit.

Wells Fargo cattiness was in full throttle against Beth Jacobson during this time.

Beth had applied for a loan modification on her Freddie Mac backed Wells Fargo loan. A loan she received when she worked for Wells Fargo. At first, Wells Fargo was eager to keep Beth happy and they put her into a trial modification. That was until Wells Fargo had to write Baltimore a check for $175 million.

Wells Fargo now faces a multi-million dollar lawsuit from Beth Jacobson that could have easily been avoided.