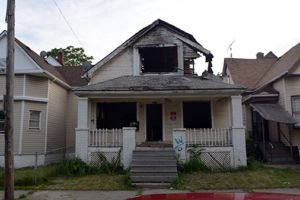 Civil rights groups are coming together to bring a lawsuit against Bank of America and Safeguard Properties Management. They claim that Safeguard and BofA violated the Fair Housing Act.

The National Fair Housing Alliance and two homeowners from Maryland filed a lawsuit against the two companies. The 19 groups that make up the Alliance claim the two companies failed to provide routine exterior maintenance for Bank of America-owned homes in minority neighborhoods across 37 metro areas. They also claim BofA and Safeguard failed to market the properties.

The groups say they found shocking evidence of wildly overgrown grass and weeds which is the least of the problems. The groups also found unsecured doors and windows and trash. The most shocking discoveries were the unsecured pools, graffiti and dead animals decaying in the yards.

By contrast, the lawsuit alleges homes in the white suburbs are far more likely to have the lawns mowed and edged regularly. The bank also secured or repaired the properties. They also removed debris from the property. Most of all, they removed any graffiti. 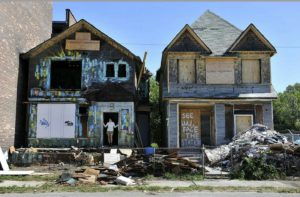 BofA took possession of these homes after it foreclosed and became the owner of record. The bank is responsible for routine exterior maintenance on all of its properties.

The Alliance claims it first made BofA aware of these problems almost a decade ago. They even offered recommendations for improvement. Yet no such improvements were made.

Bank of America should have taken meaningful steps toward fixing these problems after being put on notice but failed to do so. For example, Bank of America boarded windows in communities of color rather than installing clear boarding or fixing the windows. Boarded windows carry a stigma and imply the neighborhood is not safe or desirable.

Two homeowners from Maryland also joined the lawsuit. Wanda Onafuwa and Chevelle Bushnell described revealed their experiences living next to these Bank of America-owned homes. They told stories of rat infestations and the devaluation of their property due to the appearance of the next-door homes. They also told of drug addicts squatting in abandoned properties over the course of several months.

An investigation on 1,600 homes showed that 45% of the bank’s properties in communities of color had 10 or more maintenance or marketing deficiencies. This compared with just 11% of the bank’s homes in predominantly white neighborhoods.

The Alliance also found 49.6% of properties had damaged, boarded or unsecured windows in color communities, compared with 23.5% under the same conditions in white neighborhoods.

Here’s what Safeguard had to say about the accusations:

Safeguard neither condones nor tolerates acts of discrimination or business practices that would unfairly target or neglect certain neighborhoods based on location and demographics. Safeguard remains disappointed by the National Fair Housing Alliance’s continued attack on Safeguard with ill-conceived and disingenuous allegations of an extremely serious nature, and we will again vigorously defend against any and all of NFHA’s allegations.

The allegations are without merit. We apply uniform practices to the management and marketing of vacant bank-owned properties across the U.S., regardless of their location.