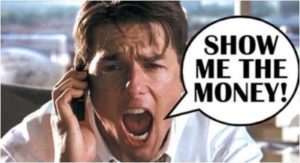 The settlement stems from actions taken in 2016 by the CFPB and the Office of the Comptroller of the Currency. The Wells Fargo bank account scandal was exposed when the city and county of Los Angeles sued the bank for $150 million. The municipalities claimed more than 5,000 of the bank’s former employees opened millions of fake accounts in order to get sales bonuses.

The Los Angeles lawsuit led to a class-action lawsuit brought by Wells Fargo customers. The customers were victims of the Wells Fargo bank account scandal.

That lawsuit led to a $142 million fake accounts class action settlement. The lawsuit covers all people who claim that Wells Fargo opened a checking or savings account or credit account without their consent from May 1, 2002, to April 20, 2017.

But that wasn’t the only legal battle that Wells Fargo was facing.

A group of the shareholders also sued the bank in federal court in California. They allege the bank committed securities fraud by not being honest in its statements about its sales practices.

Wells Fargo denies the claims and allegations in the lawsuit as always. The bank stated:

Wells Fargo is choosing to settle the case and will pay out $480 million.

Wells Fargo claims it reached the agreement in principle to “avoid the cost and disruption of further litigation.”

This settlement is also separate from the recent $1 billion fine handed down against the bank by the CFPB.