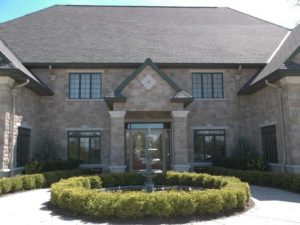 A Michigan State Police investigation of thieving Michigan priest Jon Wehrle had focused on the $4 million mansion he built in 2007. However, new records show the alleged pilfering was closer to $5.4 million. Investigators say it appears it started in the 1980s.

The purported embezzlement started shortly after the thieving Michigan priest founded St. Martha Church in 1988.  An audit by Plante Moran states that it started soon after that.

Michigan State Police allege Wehrle embezzled $5.4 million from the church from 1991 to 2017.

The Detroit News is reporting that Church members are beginning to wonder whether they knew the priest at all. They quoted former member Kathy Flynn:

It’s shocking. I had no idea.

Wehrle was originally accused of embezzling to pay for his 11,300-square-foot home.

St. Martha Parish has recovered $2.5 million according to the Catholic Diocese of Lansing.

Wehrle had told the Catholic Diocese of Lansing he couldn’t afford to pay taxes, insurance or for maintenance of the property. Michigan State Police and the Ingham County Court have seized all of Wehrle’s assets.

Farm Bureau Insurance notified Wehrle in January it would not renew his homeowners’ insurance. The insurance company claimed Wehrle was a “poor moral risk.”

Wehrle was allowed to use church money to pay his mortgage while the church was being built. Wehrle was then supposed to sell the home and move into the rectory.

But Wehrle never moved into the rectory. Instead, after selling the home in 1990, he bought the 3,600-square-foot home.

Wehrle claims he had an agreement with then-Bishop Ken Povish. The agreement allowed him to continue living in private homes at church expense. However, three subsequent bishops and Povish’s chief of state denied such an agreement existed.

The audit accuses Wehrle of spending $3 million of church money on his homes and property, including $1.5 million on the mansion.