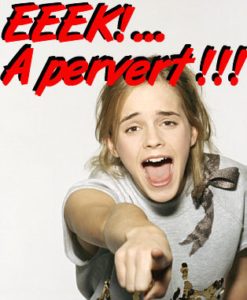 Sicko pervert landlords and state housing agencies in 3 states have reached a $125,000 settlement with HUD. HUD and the DOJ had launched an initiative three weeks ago to crack down on sexual harassment in housing.

Sexual harassment is a form of illegal sex discrimination under the Fair Housing Act.

The Florida settlement comes in the form of a voluntary compliance agreement/conciliation agreement. A Jacksonville housing authority was accused of allowing an employee to sexually harass a female resident.

HUD claimed the alleged harassment included unwelcome sexual comments and requests for sex or sexual favors. The employee even threatened the woman with eviction if she did not submit to such requests.

The housing authority agreed to pay the resident $75,000 and adopt a new sexual harassment policy.

HUD also reached a conciliation agreement with an independent living facility in Virginia. The agreement resolved allegations that the facility did not prevent sexual harassment of a female tenant by another tenant.

The female tenant accused a male tenant of harassing her with unwelcome and unsolicited advances. He allegedly made suggestive comments and whistled at her. Additionally, the male tenant followed her around the apartment complex.

As part of the settlement, the facility agreed to pay complainants $37,500 and adopt a sexual harassment policy.

HUD also reached a $12,000 conciliation agreement with a California landlord. The landlord was accused of making repeated unwanted sexual advances towards a male tenant with a mental disability. As a result, the landlord evicted the tenant for refusing the advances.

It’s against the law to harass residents of housing because of sex, disability or any another protected characteristic. The settlements we are announcing today reflect HUD’s commitment to rooting out sexual harassment and all housing discrimination as we know it.