Like Annoying Robocall Solicitations? The FCC Is About To Let The Financial Industry Bombard You With More 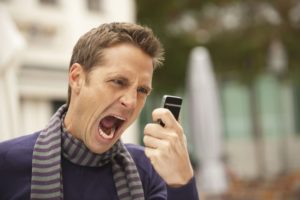 The finance industry is pushing the FCC to make revisions to the Telephone Consumer Protection Act or TCPA. They want to make it easier to bombard you with robocall solicitations and collection calls. The TCPA revisions would also make it harder to sue telemarketing companies and lenders who harass consumers.

They are seeking a declaratory ruling based on an appellate court win by the financial industry. The D.C Court of Appeals vacated much of a 2015 FCC ruling on the use of autodialers to call cell phones. An earlier court ruling said any device capable of making an automated call was subject to the TCPA.

The court said what the FCC came up with isn’t good enough, isn’t sensible enough and left it to the agency to come up with a new standard.

It is quite likely the FCC will agree with what the petitioners are seeking since FCC Chairman Ajit Pai has stated his opposition to the 2015 ruling.

Lawsuits For Illegal Robocall Solicitations And TCPA Actions Have Skyrocketed 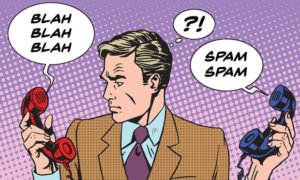 Violations can also be costly under the current ruling. Damages are set at a minimum of $500 per call or per text and the courts can triple that for a knowing or willful violation. As a result, consumer lawyers see this as low-hanging fruit for easy attorney fees and damage awards.

Meanwhile, Rep. Frank Pallone, D-N.J., the ranking member of the House Energy and Commerce Committee, proposed the Stopping Bad Robocalls Act, which if passed and signed into law would put more teeth into the TCPA.

The Stopping Bad Robocalls Act would empower the FCC and the Federal Trade Commission to put an end to the annoying robocalls consumers face day in and day out. Unfortunately, robocalls are proliferating and our agencies need new tools and authorities for the 21st century to better protect consumers from the abusive practices these robocallers are employing.