Broward County Judicial Candidate Leonore Greller just doesn’t know when to shut up. Very few people would know about her involvement with a loan modification scam in 2009 if she would shut up about it.

But, no Greller has to keep volunteering bits of information. It seems like she’s baiting the audience and the media to ask her questions about Mortgage Mitigation Clearing House. The sham loan modification company that ripped off hundreds of people.

Instead, Greller started out by penning a psycho rant about it on her website filled with a diarrhea of fonts and colors lashing out at me and veteran reporter Buddy Nevins. You can picture Greller grinding her teeth and seething with anger when she wrote it.

Greller also mentions the articles in her stump speeches on the campaign trail by saying, “I’m not a scammer!.”

It also appears she likes entertaining the crowds with her invisible sock puppet while she tries to imitate Richard Nixon. Seriously, what is she doing with her hand in this video?  Is she mocking deaf people? 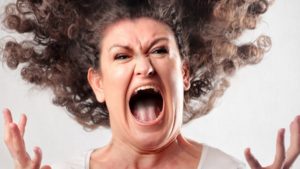 Veteran Florida reporter Buddy Nevins discovered an old press release I put out in 2009. In 2009, I operated a sister website for MFI-Miami named MFI-Mod Squad. MFI-Mod Squad was a blog that exposed scam loan modification companies that popped up in the wake of the financial crisis. The site soon became one of the most popular financial blogs on the web. Finance journalists and celebrities read my articles. Former cast members of the Aaron Spelling TV show, Mod Squad that inspired the name, even became fans.

One of the scam modification companies I exposed was Florida based Mortgage Mitigation Clearing House. The company promoted New York attorney Leonore Greller as their in-house legal counsel. 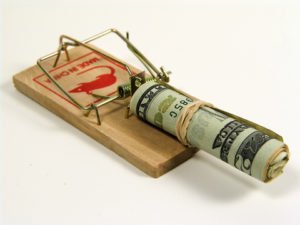 Mortgage Mitigation Clearing House was operated by a guy named Long Island native Jacques Beckerman. Beckerman solicited clients on the internet and with direct mail in about dozen states. The company also promoted New York licensed attorney Leonore Greller as their in-house legal counsel. This was done to give the appearance of legitimacy. However, Beckerman did not solicit clients in New York.

Leonore Greller’s political resume claims that she was a licensed mortgage broker during her time working with Beckerman. However, Beckerman was not.

It was and still is illegal for him to have piggybacked off her license. So whichever way Greller wants to spin her innocence is nonsense. Her additional claims could also put her legal career in the crosshairs of the Florida Bar and/or the New York Bar.

What was the financial arrangement between Jacques Beckerman and Leonore Greller? That’s a question for Greller still needs to answer. She dodged it in her response on her website.

The only way for Leonore Greller to pay Beckerman or Beckerman to pay Greller would have been with an illegal fee-splitting arrangement. Fee-splitting for mortgage brokers is illegal just like is for attorneys. Section 8 of RESPA clearly specifies this. Greller knows more than she is telling potential voters.

Greller also could not legally engage in modification services in states where she did not hold a Broker’s license or a law license. Yet, it appears that is exactly what she and Beckerman did.