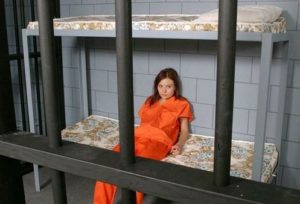 A federal judge in Florida sentenced a Florida insurance company bookkeeper to 36 months in prison. Judge Federico Moreno also ordered her to repay over $3 million in restitution.

He also sentenced Lauren Ransom for failing to report to the IRS money she embezzled from her employers.

The court also ordered Ransom to pay $2,245,402.13 in restitution to her former employers. She was also sentenced to pay $790,983 to the IRS.  Ransom previously pled guilty to three counts of making and subscribing a false tax return.

She then cashed these checks or deposited them into her personal checking account.  Ransom used the money to pay for her credit cards, mortgage and auto loans, insurance, and other personal living expenses.  She also lost approximately $1,410,276.95 playing slot jockey at several Florida casinos from December 1, 2008, to January 31, 2014.

Ransom concealed the embezzlement by altering numerous copies of these canceled checks. She would use White-Out “whiting out” to change the payee sections to create so-called legitimate business expenses. She created false hand-written entries in the companies’ cash disbursement journals.

Ransom admitted she filed false individual tax returns for 2011, 2012, and 2013. She knowingly failed to report the embezzled funds to the IRS. Apparently, the IRS considers embezzled funds as taxable income.