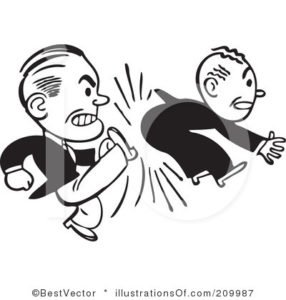 Ginnie Mae is following through with its threats to punish lenders for aggressively targeting servicemembers and military veterans.

The GSE threatened lenders with expulsion from its primary mortgage bond program if the lenders do not address their abnormally high complaints of predatory lending and churning. Servicemembers and retirees have been complaining about high-pressure sales tactics for years.

Bloomberg reports that the GSE has booted NewDay USA and Nations Lending from its primary mortgage bond program:

NewDay USA and Nations Lending Corp. have been restricted effective this week from issuing Ginnie Mae bonds that are intermingled with loans from other lenders.

This all started last year as an investigation into loan churning because of Massachusetts Senator Elizabeth Warren. Warren wrote a letter to the VA citing a report from the CFPB about complaints from veterans.

Warren’s letter claimed lenders were sending out aggressively and misleadingly marketing about refinancing VA backed mortgage loans. She also suggested there be a requirement to show that there is a tangible benefit for the veteran to do the loan.

Ginnie Mae and the VA investigated the issue. As a result, the GSE increased its oversight over VA mortgage refinances. Consequently, the GSE booted both NewDay and Nations Lending from the program.

NewDay denied any involvement in loan churning in a lengthy statement. NewDay stated that it has also offered recommendations to both Ginnie Mae and the VA that could end loan churning.