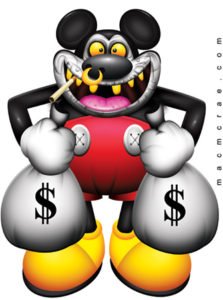 The FBI and Homeland Security Investigations arrested Gomes on October 27, 2017. Federal agent arrested him when the Disney Wonder cruise ship made port in San Diego, California.

Gomes admitted that he was employed as a merchandise host on the Disney Wonder from 2015 until 2017.

The Disney cruise ship employee made approximately $260,000 in unauthorized charges to Disney’s bank account. He then loaded the value of the funds onto Disney gift cards. Investigators found approximately 217 gift cards, a stolen watch, and $1,240 in cash.

Gomes is a Brazilian national. He obtained a temporary visa to work on the Disney cruise ship.