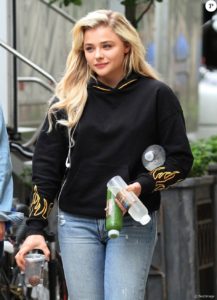 It turns out celebrity plastic surgeon father of actress Chloe Moretz is a real scumbag. McCoy Moretz financially destroyed his family in 2005.

He also abandoned Chloe’s cancer-stricken mom and his 5 kids to get sloppy seconds from Hilton heir Ronald Hilton’s ex-wife.

McCoy Moretz declared bankruptcy and lost everything in 2005.

Moretz and his wife Teri owed millions of dollars to nearly 199 creditors. Yet, to an outsider, it looked like the Moretzes were millionaires.

McCoy Moretz was an ear, nose and throat specialist with a practice in suburban Atlanta.

The Moretzes lived in a sprawling $3.4 million at the time of the bankruptcy. The seven-bedroom and eight-bathroom home sat on 2.95 acres.

The sprawling property also had a tennis court and a swimming pool, In addition, it also had a guest house with elevator and gourmet kitchen.

The now abandoned family home reflects everything that the Moretz household lost. 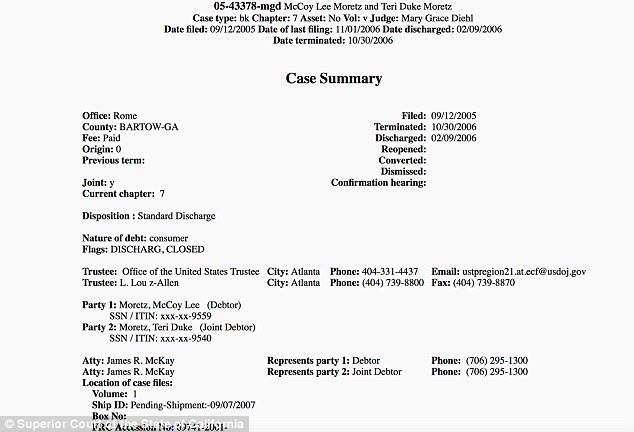 McCoy Moretz ran up a massive debt of $5,487,891 according to the Chapter 7 bankruptcy petition filed on 9/12/2005. The details of which are pretty staggering.

The Moretz’s $3.4 million suburban Atlanta mansion surprisingly had equity in it. Moretz only had a $2.1 million mortgage on it.

Yet, Moretz claimed on the bankruptcy petition his income was just $5,135 a month.

Moretz also claimed he and his wife only had only $30 in two Bank of America checking accounts, and $25 in savings.

The Moretzes lost virtually everything. The family was forced to relocate to a smaller house in Oxnard, California.

Moretz set up the Ventura Ear, Nose and Throat Medical Group after moving to California. He soon realized he could regain his fortune by becoming a full-time Beverly Hills plastic surgeon. He began F.A.C.E of Beverly Hills in 2007.

McCoy Moretz soon ran off with socialite Jo Hilton after Teri was diagnosed with kidney cancer.

Hilton is the ex-wife of Hilton Heir Ronald Hilton and Paris Hilton‘s aunt.

McCoy Moretz has also been dogged by litigation and complaints from angry patients.

However, there are there are plenty of celebrity five-star reviews for Moretz.

At least two people have taken their grievances to court.

Chloe Moretz And Her Brothers Become Successful In Their Own Right

If you ask Moretz’s family what they think of McCoy Moretz, they are ‘disillusioned and upset’.

Chloe Moretz has said of her dad’s walkout:

It could have rocked our family and messed us up, but it actually made us a lot tighter… I don’t think I will truly find a way to forgive. The things that he did are unforgivable …

Yet, that hasn’t stopped Chloe Moretz and her brothers from becoming successful on in their own right. She had her break out role in the 2010 movie, Kick-Ass where she kicked ass as the superhero, Hit Girl.

also models and has graced the covers of Vogue and Glamour.

Her brother Trevor Duke-Moretz has also found success as a film producer.