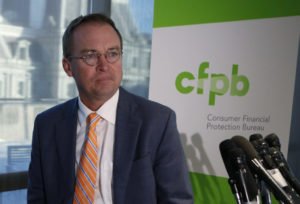 Several states have announced they are launching state level CFPB agencies. This is in response to CFPB Acting Director Mick Mulvaney’s memo laying out his vision for the CFPB.

The memo was obtained by investigative journalism nonprofit ProPublica. Mick Mulvaney was forced to respond with an editorial in the Wall Street Journal.  Mulvaney wrote that the bureau will be a much kinder and gentler agency toward banking under his watch.

Mulvaney wrote that the CFPB:

…bringing the full weight of the federal government down on the necks of the people we serve should be something that is only done reluctantly.

Mulvaney’s mission statement and the CFPB’s recent move to reconsider agency functions concerns consumer advocates. As a result, they wonder how much consumer protection the Consumer Financial Protection Bureau will be engaging in going forward.

The New York Department of Financial Services Superintendent Maria Vullo stated she is concerned about the CFPB’s “troublesome policy shift. 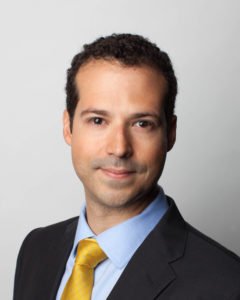 New Jersey is also preparing to step in and fill the consumer protection void created by President Trump.

Rodriguez’s nomination is also part of the state’s effort to fill the void left by the Trump administration.

In addition, Rodriguez will also take over at the New Jersey Division of Consumer Affairs. DCA is responsible for enforcing laws designed to ensure the fairness and integrity of the state’s commercial and investment marketplaces.

One of the division’s offices is the Office of Consumer Protection enforces the state’s Consumer Fraud Act.