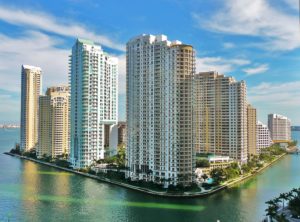 The bubble has finally popped on the Miami luxury condo market. Condo Vultures is reporting Miami-Dade County has a 4-year supply of luxury condos on the market right now.

Condo Vultures Realty states there are nearly 2,800 units are on the market in Miami asking at least $1 million. Only 681 luxury condos sold in the county in 2017 translates as a rate of about 57 units a month.

Six months of supply of units generally makes for a balanced market. Anything over that suggests a buyer’s market. However, a 4-year supply means developers are drowning in inventory.

Condo Vultures sounded alarms to developers and to real estate pros back in August. MFI-Miami has also seen an uptick in foreclosure activity on the South Florida luxury market as well.

Condo Vultures also reports that only about 152 luxury condos are under contract for an average asking price of more than $3.3 million.

The average closing price in 2017 was less than $2.4 million or about $910 per square foot. This is 28% lower than the current average asking price.

There are nearly 47,500 units in the development pipeline in South Florida. This includes projects that have been proposed or are under construction in the three-county metro area east of I-95.