WARNING REALTORS! You Are Putting Your Life In Danger By Attending Massachusetts Foreclosure Auctions! 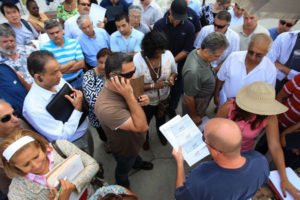 Massachusetts foreclosure auctions are potentially deadly and the law has to be changed.

Massachusetts does foreclosure auctions at the foot of the driveway of the property in foreclosure. Most people think that by the time auction happens the house is vacant. This is not true. Vacant homes only make up less than 10% of the foreclosed homes that go to public auction.

In most cases, the homeowner is still residing in the home and this where it can and does get dangerous.

First of all, you’re dealing with stressed out and desperate homeowners. Then couple it with a bus full of ignorant real estate agents with delusions of striking it rich. What do you get? Broken bones or gunshot wounds. Potentially even a death.

I am continually amazed that there has been no serious injury sustained by the foreclosure personnel when an emotionally distraught former homeowner witnesses the sale of their residence on the front lawn of their home. This is akin to lighting a match inches from a pile of TNT. It is a powder keg waiting to detonate. 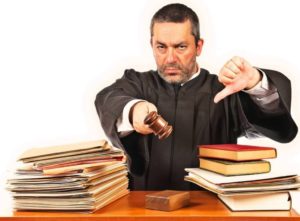 Massachusetts is a non-judicial foreclosure state. This means that if a homeowner wants to contest their foreclosure they need to sue their lender. It also means that there is no foreclosure judgment before the auction.

Pretty much every state in the United States does their foreclosure auctions at the county courthouse. This makes sense since the Sheriff’s Department is usually next door and the building is swarming with cops. Yet, a progressive state like Massachusetts does not. Foreclosure auctions are performed at the foot of the property being foreclosed.

Massachusetts foreclosure auctions usually have busloads of real estate bidders showing up and bid on the property.

Massachusetts law prohibits auctioneers and buyers from stepping on the property.

However, Realtors rarely obey the rules. They trample flowers and lean on the cars in the driveway. Walk around on the front porch and peep in the windows of the home like a peeping tom.

A former MFI-Miami client caught a real estate bidder peeping in her window while she was showering. 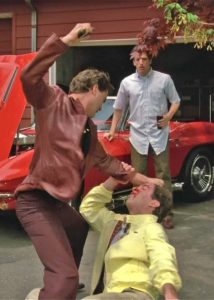 This past summer a confrontation did break out in Rehoboth. A homeowner with a gun tackled the auctioneer in front of 25 real estate bidders.

The homeowners had been and still are in a nearly decade-long legal battle to save the house. The homeowner’s lawyer and lawyers from Korde & Associates were in court arguing over a motion to postpone the auction when the auction occurred.

Yet, the auction proceeded while the attorneys were in court. That is when all hell broke loose at the house.

Mister X was surprised to see a motorcoach parked on the street in front of his house. Then 25 people exit the motorcoach and begin walking around his property trampling his wife’s prized petunias. One guy even walked up to the front porch and began looking in the windows.

An irritated Mister X grabbed his .357 Magnum and opened the front door to find the auctioneer along with the bidders wandering around the property and looking in other windows.

Mister X instructs the auctioneer and the bidders to get off his property.

It must have been the auctioneer’s first day or the guy was just stupid because he began provoking Mister X.

The bidders flock back to the motorcoach seeking refuge from the red-faced and pistol-wielding Mister X. Several of them call the police. The police arrive 20 minutes later to find the bidders cowering behind seats in the motorcoach, Mister X is back inside his home and the bloodied auctioneer laying on the front lawn.

Police officers entered the motorcoach and ask the bidders what happened to the auctioneer. They responded in unison, “HE FELL!”