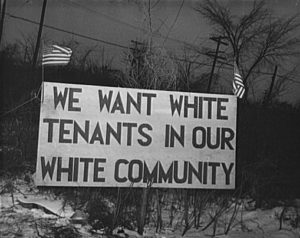 Wells Fargo wants the public to believe Wells Fargo lending policies no longer discriminate against black people. Especially since the bank settled the plethora of Ghetto Loans lawsuits they faced.

Wells Fargo has spent the past five years trying to mask over this period of gross social injustice and exploitation. They try to do it the same way Munich tour guides mask over 1932-1945. They pretend it never happened.

Wells Fargo doesn’t just pretend their history doesn’t exist. They want to cover it up. They have become so desperate to hide it, they have resorted to catty behavior against companies like MFI-Miami who write about it.

There is a reason why Wells Fargo wants to make things difficult for companies like MFI-Miami. It’s because we are on the frontlines battling lenders. We also have the lending experience to see what is going on. Additionally, MFI-Miami would also be the first to discover a pattern of unethical behavior in Wells Fargo lending practices. 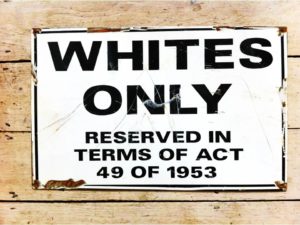 The bank’s executives want everyone to believe Wells Fargo lending policies are no longer discriminatory. They have been able to fool the NAACP and federal regulators. However, I’m here to tell you, Jim Crow is alive and well at Wells Fargo.

The discriminatory Wells Fargo lending policies are most noticeable when a homeowner tries to negotiate a loan modification during a foreclosure.

Wells Fargo has become known for their callous, “Fuck you! Pay me!” lending policies. That’s just with their white customers. Wells Fargo goes into full gangster mode with minority homeowners.

Eventually, Wells Fargo will concede and give white homeowners a workable loan modification. MFI-Miami has found that isn’t the case with non-caucasian borrowers.

MFI-Miami has found that Wells Fargo has no problem going balls to the wall to kick minorities out of their homes. They even do it with gusto.

Wells Fargo has no problem stonewalling and misleading the court. In some cases, Well Fargo will just say, “Oh, well. If you don’t like it, tell to a judge!”

MFI-Miami has investigated enough Wells Fargo loans and helped enough homeowners to know what is really going on.

If you feel you have been a victim of discrimination due to Wells Fargo lending policies especially during the foreclosure or modification process, you do have options thanks to the Dodd-Frank Act.

You can submit a complaint to the Consumer Financial Protection Bureau (CFPB) about Wells Fargo by going to the CFPB website by clicking here and then clicking on the Submit A Complaint button at the top right side of the screen.