BofA Branch Kicks Elderly Man To The Curb After Refusing To Give Him His Money. Hero Cop Saves The Day! 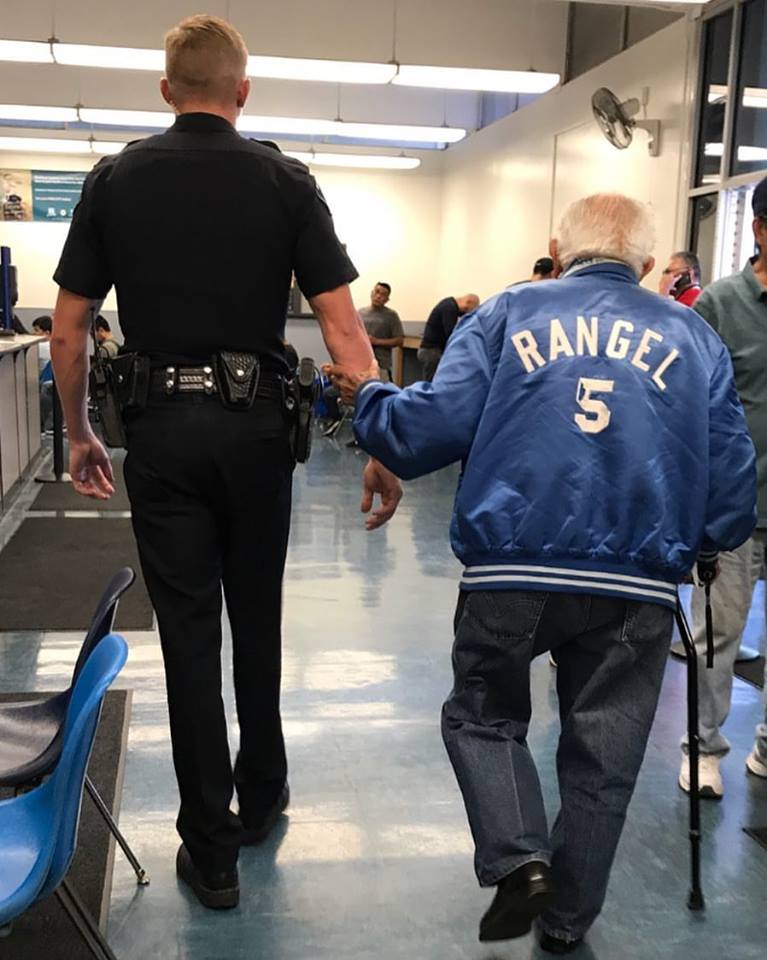 The man was unable to understand why the bank refused to help him. As a result, the elderly man grew upset and caused a commotion.

Officer Josett arrived on the scene and learned what was happening. He decided he wouldn’t simply escort the man out of the bank or arrest him.

The Montebello Officer found himself touched by his story and took matters into his own hands.

Officer Josett drove the elderly man to the California DMV to get a new ID. He waited with the man until he could get a current ID. Officer Josett then took him back to the bank after so he could withdraw money.

Afterward, the Montebello Police Department posted a photo of the officer and elderly man on Facebook, capturing the attention of thousands.

Heart touching and I love that the officer was able to get him in and out of the DMV so quickly! That alone is medal worthy!