The Navajo Nation has filed a federal lawsuit against Wells Fargo. The tribe is alleging that Wells Fargo preyed on elderly tribal members.

Navajo Nation said in its complaint:

Under intense pressure from superiors to grow sales figures, Wells Fargo employees lied to Navajo consumers, telling elderly Navajo citizens who did not speak English that in order to have their checks cashed, they needed to sign up for savings accounts they neither needed nor understood.

Representatives of Wells Fargo stalked local events like basketball games and flea markets to sign up as many customers as possible for unnecessary accounts.

Wells Fargo has five branches across the Navajo Nation. The bank is also the predominant provider of banking services.

Wells Fargo said it couldn’t comment on details regarding pending litigation. However, the bank did say:

Over the past year, we have taken significant steps to make things right for our customers, including members of the Navajo Nation.

The Navajo Nation Isn’t The First To Sue Wells Fargo 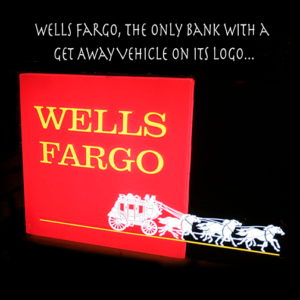 As a result, the company agreed to a $142 million national class action settlement. The CFPB also levied a $185 million fine.

Customers claim they were also charged for auto insurance they didn’t need or want. The company is also accused of overcharging small businesses on credit card fees.

A Wells Fargo bank teller admitted to stealing $185,000 from a homeless man’s account in September.

The bank also came under fire for signing up customers for insurance policies they didn’t want.

Wells Fargo Mortgage is also under attack for misapplying payments on mortgages and then initiating illegal foreclosures.