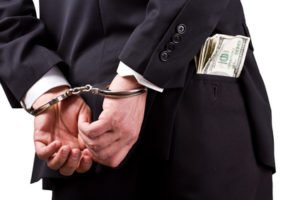 The United States Department of Justice has indicted former mortgage lender John Reimer. Reimer is accused of one count of bank fraud and one count of mortgage fraud. Each count carries a maximum sentence of 30 years in prison.

The former mortgage lender allegedly participated in a scheme to defraud banks of money intended for individuals seeking home loans.

As alleged, John Reimer, vice president of a mortgage bank, defrauded several other financial institutions of more than $12 million.  Reimer allegedly falsified documents, kept funding for mortgages that never closed. He even acquired funding multiple times for the same loans as part of the scheme.

Reimer was the vice-president and comptroller of the Mortgage Bank. The Department of Justice is accusing him of defrauding several warehouse lenders.

Reimer received approvals based on fraudulent documentation and representations.

The Mortgage Bank was required to provide the lender with certain information about the Loan before obtaining an advance. In addition, the notes and mortgages executed by the residential mortgagors were provided as collateral for the advances. REIMER was responsible for providing the Warehouse Banks with the information and documents necessary to obtain the Warehouse Advances.

The Unsealed Indictment of The Former Mortgage Lender

The DOJ alleges Reimer used fraudulent documents to entice lenders to wire the Mortgage Company at least over $12 million from November 2008 through January 2009.