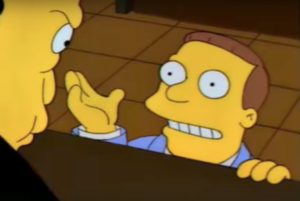 A kooky mortgage fraudster from New York begged a judge to release him from jail to fight the charges.

He also says he has a plan to help President Trump eliminate $3 Trillion dollars from the U.S. national debt.

Bruce Lewis has sat behind bars for the past year as he awaits trial for operating a mortgage fraud scheme.

He fired his court-appointed attorney in April. This prompted U.S. District Judge Nelson Roman to appoint another attorney to assist in the case.

The 66-year-old Lewis considers himself a “sovereign citizen,” and wants to represent himself because he claims to have an existing contract with “I, me and myself.”

The judge ruled Lewis mentally competent but he denied the man’s request to represent himself. Judge Roman is concerned about Lewis’ “continuous ramblings” and illogical statements. Lewis told the judge he is helping President Donald Trump reduce the national debt.

He told the court:

Yeah, I plan to bring the national debt down by $3 trillion. 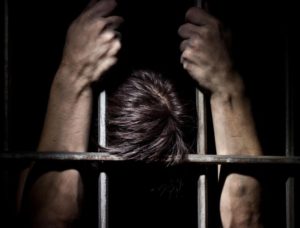 Lewis was arrested four days before Christmas last year with four co-defendants who operated Terra Foundation. The company promised to reduce or eliminate mortgage debts for clients but instead allegedly filed fake documents.

Terra and Lewis also encouraged their clients to take out a second mortgage or reverse mortgages on the properties for which Terra had claimed to have discharged the first mortgages.  Once the clients had taken out these second or reverse mortgages, Terra and the defendants retained substantial portions of the proceeds.

The kooky mortgage fraudster remains jailed because the court deems him a flight risk with no ties to the community or a place to stay.

Lewis told Judge Roman a diplomat from Guinea-Bissau would lend him an apartment in New York City. He also claimed the diplomat offered him a position as an attorney.

Lewis claimed in a letter to the court this week that he was being framed and treated as “Public Enemy Number 1.”