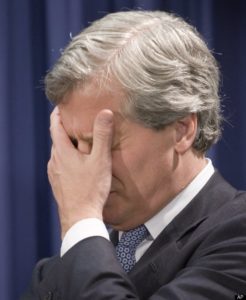 FINRA said the banking behemoth failed to perform proper background screenings on as many as 8,670 employees from January 2009 to May of this year.

The bank also failed to properly fingerprint about 2,000 employees on time, according to FIRA. JPMorgan Chase also only screened 6,600 applicants for financial crimes.

The bank did not admit or deny FINRA’s findings. However, it has agreed to pay a $1.25 million fine.

We self-reported this matter. We are pleased it’s now behind us.

JPMorgan Loan Officer Ross Pickard pleaded guilty to conspiracy to commit loan fraud back in July. The 63-year old faces a maximum penalty of five years in federal prison. Pickard also faces up to 30 years on each of the fraud counts.

Pickard was a senior loan officer at JP Morgan Chase Bank in Naples, Florida. He conspired with others to defraud the bank. Pickard and others completed and submitted mortgage loan applications containing false and fraudulent statements. In addition, he also certified the information with underwriters.

Stephen Muldrow made the announcement. Muldrow is the acting United States Attorney for the Middle District of Florida. Muldrow also told the media: