The finance world knows MFI-Miami’s principal job is to do whatever it takes to keep people in their homes. It’s not a big secret. Nor do I hide it. All the major lenders and servicing companies know it. They know I use this blog as one of my tools to motivate lenders. Most lenders and servicers just take it stride. However, someone forgot to send a memo to Wells Fargo executives.

They freak out. They try to use their catty behavior to punish MFI-Miami clients. Their cattiness is so bad it rivals the catty women from the 1980’s soap opera Dynasty. I know because I hear about it from their employees when I send document requests to them.

Wells Fargo executives seem to forget I’m just calling them out for their morally bankrupt corporate decisions. After all, they were the ones who created a foreclosure manual for foreclosure mill attorneys. Wells Fargo gave attorneys step-by-step instructions on how to commit foreclosure fraud.

This is also a company that has driven people to suicide and given people fatal heart attacks from stress. They also have no problem trying screw over veterans like Donald Manning of West Virginia.

These are horrific stories. However, it’s nothing compared to the systematic discrimination Wells Fargo executed against African-Americans in the inner-cities of America.

Wells Fargo openly recruited Black Ministers in predominately African-American neighborhoods as loan officers. Wells Fargo wanted to use their church as a revenue stream for subprime loans. What these ministers didn’t realize was that Wells Fargo was using them. Wells Fargo was setting the community up to fail and make the minister their patsy.

Yet, Wells Fargo executives want to blame me for shedding light on their morally bankrupt policies.

The senior-level executive I spoke with refused to give her last name. Wells Fargo executives are infamous for not giving their last names or giving people fake names.

Most of them have more fake names than the girls who dance at Cheetah in Pompano Beach.

The rationale is that if foreclosure litigation intensifies a homeowner can call the Wells Fargo executive as a witness.

Wells Fargo executives get outraged when I write about them. Why? They seem to think that no one should question their morally bankrupt behavior.

Federal law says that Wells Fargo has to release these documents if they like it or not. They can either release them to my client or to me as my client’s representative. Wells Fargo executives can make the documents harder to get through legal trickery and games. However, all of Wells Fargo’s foot-dragging and fake moral outrage are really all for nothing.  The judge eventually makes Wells Fargo’s attorneys hand the documents over to me. Thus, making them look bad in front of the judge. 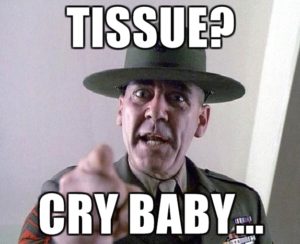 This isn’t the first time Wells Fargo executives have had a Veruca Salt-style temper tantrum over something I have written.

Five years ago I wrote about the “perks” wholesale lenders like Wells Fargo gave wholesale brokers for business. Wells Fargo wasn’t happy about being called out for all the Wolf of Wall Street behavior they encouraged and helped pay for during the housing boom.

They even accused me and their many other critics of lying and smearing the good name of Wells Fargo.

In 2012, one of Wells Fargo’s female executives told me and my client:

Wells Fargo will not release these documents to you as long as you are a client of MFI-Miami! Because we find the lies you write about Wells Fargo are despicable.”

An elderly MFI-Miami client almost lost her Florida condo in 2015 because of the cattiness of Wells Fargo executives. Wells Fargo refused to give her a HAMP modification that she qualified for and threatened to throw her on the street. Why?

Simply because Dominick Sammarone and I had a segment on his radio show in New York called, Name That Bankster! The bank people had to guess was Wells Fargo.

That’s right. Wells Fargo executives stooped to the level of holding an 87-year-old woman as a financial hostage because they didn’t like a radio show I produced.

I can only imagine Wells Fargo Home Mortgage CEO Perry Hilzendeger sounding a klaxon while running around the servicing floor in Des Moines yelling, “CODE MFI! CODE MFI! THIS IS NOT A DRILL!