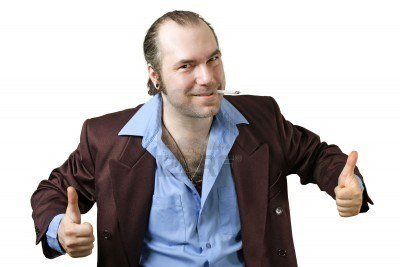 A federal court in Manhattan convicted Richard Moseley for operating a $220 million predatory lending scheme. Moseley was convicted on the charges of wire fraud and aggravated identity theft as well as RICO and TILA violations.

Moseley also was issuing payday loans to consumers who never even sought them.  He was before United State District Judge Edgardo Ramos convicted Moseley after a two and half week trial.

Moseley owned and operated a group of lending businesses between 2004 and 2014. Moseley issued and serviced small, short-term, unsecured payday loans under the name Hydra Lenders. Hydra Lenders marketed heavily on the Internet targeting customers across the United States.

Moseley systematically exploited more than 620,000 financially struggling working people throughout the United States. Hydra Lenders targeted and extended loans to these individuals at illegally high-interest rates of more than 700 percent. The predatory lending scheme used deceptive and misleading communications and contracts in violation of the usury laws.

Hydra Lenders’ loan agreements materially understated the amount the payday loan. The contracts also understated the cost of the loan and the dollar amount taken from borrowers’ bank accounts.

The loan agreements stated that the borrower would pay $30 in interest for $100 borrowed.  However, Moseley structured the repayment schedule so Hydra Lenders automatically withdrew the entire interest payment.  Yet, left the principal balance untouched.

As a result, the predatory lending scheme could again automatically withdraw an amount equaling the entire interest payment due (and already paid) on the loan on the next payday.

Moseley also extended numerous payday “loans” to victims across the country who did not even want or authorize the loans.

Moseley’s predatory lending scheme was the subject of complaints from customers across the country and numerous state regulators. Consumer groups and state regulators attempt began seeking civil and criminal liability for Hydra’s conduct in 2006.

Moseley nominally incorporated the Hydra Lenders in the Caribean island of Nevis and later in New Zealand.

Hydra Lenders was located in Kansas City, Missouri.  The Hydra Lenders’ purported “offshore” operation was only a service that forwarded mail from addresses in Nevis or New Zealand to Kansas City.

Moseley also lied to defeat state complaints and inquiries. He directed his attorneys at outside law firms to submit correspondence to state Attorneys General that falsely stated that the Hydra Lenders originated loans from their offices overseas.  As a result, many state Attorneys General and regulators closed their investigations on the apparent basis that they lacked jurisdiction over the Hydra Lenders.

From approximately November 2006 through approximately August 2014, the Hydra Lenders generated more than $200 million in revenues.  MOSELEY himself made millions of dollars from the scheme, which he spent on, among other things, a vacation home in Mexico, luxury automobiles, and country club membership dues.