Florida Foreclosure Auctions Are Not For The Inexperienced. Florida Couple Loses $458,000 At Auction

Florida foreclosure auctions are not for the inexperienced and another example of that happened on June 8th. This is a case of why you should spend $150 for a title search before bidding.

An Orlando couple thought they had gotten a kick-ass deal on a condo overlooking the Gulf of Mexico. The couple bought the mortgage on the 1,500 square foot North Redington Beach unit at the Pinellas County foreclosure auction for $458,100.

They soon discovered that they would have no condo and would be out almost half a million dollars. After the sale, they learned that a bank had a superior first mortgage on the condo. The $150 title search would have revealed the pending bank foreclosure

This couple isn’t the first to learn the hard way that Florida foreclosure auctions can be risky.

Something Smells Bad In Pinellas County

McGraw points to some of the unusual aspects of the sale:

• Outbidya, Inc. the previous owner of the unit lost the condo in the auction. Outbidya is owned by Roy Skelton. Skelton is a Clearwater lawyer and property investor. Yet, Deutsche Residential Mortgage also owned by Skelton collected $380,000 from the sale. This is $222,000 more than Obidya paid for the condo last year.

• Deutsche Residential obtained a final judgment of foreclosure based on other properties owned by Skelton’s Outbidya.

• Deutsche Residential attorney, Bruce Harlan was once suspended from practicing law for misconduct.

McGraw said he plans to vacate the sale with an emergency motion. He wants to get his clients’ money back from the foreclosure auction.

Did Roy Skelton Manipulate The Auction? 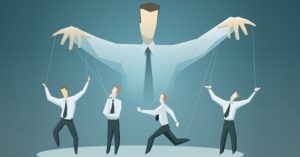 This all began in 1997 when an Ohio man bought the beachfront condo. The Ram-Sea II Condominium Association obtained a judgment against him in 2015 because he failed to pay nearly $11,000 in condo fees. The COA set foreclosure date. Outbidya won with a bid of $157,800 and deeded half of its interest in the condo to Parkes Investments, LLC.

HOA and COA auctions are popular because investors can take title to a property for a fraction of the market value. The investor does run the risk of a first lienholder initiating a foreclosure. The property can be rented or used for personal use in the meantime. At the time Outbidya obtained title there was no active bank foreclosure.

At the time Outbidya obtained title there was no active bank foreclosure by Wells Fargo, the first lienholder.

On March 13, 2016, though, Wells Fargo began foreclosing against both the original owner and Outbidya.

In effect, Outbidya borrowed money from another of Skelton’s companies.

Bidding on the condo hit $458,100 at the June 8th sale because of its Gulf-front location. Speculation is that potential investors assumed the foreclosure was on the first mortgage. Deutsche Residential Mortgage is a similar name to the German bank, Deutsche Bank and it’s MBS Trust Company, Deutsche Bank National Trust.

Skelton did very well in the deal. Deutsche Residential received $378,000 from the proceeds of the auction. If the sale isn’t vacated, the company could also get an additional $78,000. This is the difference between the judgment amount and the sale price.