Are Investors Losing Their Patience With the Hits PHH Keeps Taking? 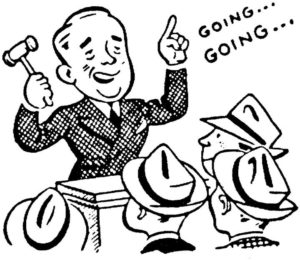 PHH Corporation announced today that CEO Glen Messina is stepping down. Messina will be stepping down as both CEO and President of the Board. Messina’s replacement will be current CFO Rob Crowl.

Some Analysts pointed out this could be a sign that PHH is going on the auction block later this year. Others have suggested the shakeup is the result of activist investors flexing their muscle.

The company is locked in a multi-million dollar legal battle with the CFPB. A victory against the CFPB could shake the very foundation of the government’s consumer watchdog.

PHH’s business has also undergone dramatic shifts. The company sold off its fleet business in 2014 in an attempt to focus on the company’s struggling mortgage performance.

Partners like Bank of America and HSBC have pulled mortgage servicing portfolios away from the company. The company has also exited private-label originations. In addition, PHH ended its joint mortgage venture with Realogy Holdings Corp.

The company announced leadership changes this week and Messina’s departure is part of series of changes.

Rob Crowl is being promoted from CFO to CEO. This change is effective immediately. On June 28, at PHH’s 2017 annual meeting, Crowl will assume the role of president and CEO of PHH Corp. and PHH Mortgage. He will also stand for election to the board of directors.