Quack Medical Advice From WTBQ Sponsor Dr. Bob DeMaria “The Drugless Doctor” Could Kill You Or Someone You Love 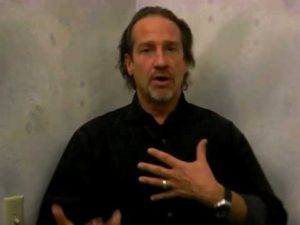 That’s not quite true. Dr. Bob is actually an Ohio Chiropractor and leading anti-vaxxer Bob DeMaria.

He also has another video that claims that ingesting Iodine will help you lose weight.

In addition, he writes that ingesting Iodine will cure women of ovarian cancer. Furthermore, one of DeMaria’s wackiest claims is that Chlorella cures radiation poisoning.

In addition, to these wacky claims, he also claims giving teenage girls the HPV vaccine makes them more promiscuous. He also promotes the potentially deadly theory that spinal adjustments on babies will make them smarter kids.

Dr. Bob DeMaria’s website, The Drugless Doctor conveniently omits the credentials of him and his wife Debbie. The DeMaria family’s credentials are also conveniently missing from their media kits. I had to scroll through three years of Facebook postings and five pages of Google to piece together Dr. Bob’s educational credentials.

DeMaria graduated from Lorain Community College in 1974. He continued his education and graduated from the barely accredited for-profit National University of Health Sciences in 1978. NUHS is a distance learning university that offers their version of doctorate programs in alternative medicine. Programs that include chiropractic medicine and massage therapy. The school also offers programs in the junk science of Naturopathic Medicine and the ambiguously sounding oriental medicine.

Naturopathic medicine is the quack science that preaches hot pepper and ginger root when mixed with horseradish and onions can cure almost any ailment. It also the same quackery that preaches Apple Cider Vinegar and Maple Syrup can cure cancer.

The school sounds like it is run by Beavis and Butthead’s Birkenstock wearing hippie teacher Mr. Van Driessen.

Dr. Bob DeMaria continued his journey into quack medicine. He received another doctoral degree from the now-defunct Clayton College of Natural Health. Clayton College never received accreditation status and was also sued for scamming students. As a result, the school closed in 2010. This is probably why DeMaria doesn’t include it on his LinkedIn biography.