Executives at Nationstar Mortgage like most Americans have probably never forgotten where they were the morning of September 11, 2001. The images of the jumbo jets flying into the Twin Towers are permanently etched in our minds. We also remember the images of the first responders evacuating people from the collapsing buildings.

Retired NYPD Police Officer George Lewis won’t forget that fateful day either. Nor will he forget what he did during the weeks after the attack. He lives with the physical reminders of those emotionally gripping weeks every day.

George Lewis was on patrol in Brooklyn when he and his partner got the call about the attack. His precinct dispatcher informed them two jumbo jets had just crashed into the 110 story twin towers.

Black smoke billowed from the North Tower as officers from the NYPD answered the call from Mayor Rudy Giuliani.

George Lewis was one of the few members of the NYPD from Brooklyn allowed into the financial district that morning. He arrived in time to witness people jumping from the towers.

George soon found himself evacuating people from the collapsing buildings as they were being chased by a wall of dust. A pile of smoldering rubble of the twin towers was all that remained when crews were able to get back on the scene.

With little sleep during the next week, George frantically worked side by side with thousands of others from across the world to find survivors. Ground Zero went from a Search and Rescue Operation to a clean-up operation within days. George was assigned to work Ground Zero security for the next several weeks.

The Life Of George Lewis After 9/11

The EPA placed monitors all over lower Manhattan to test the air quality within hours following the attack. The public was assured the air was safe to breathe at Ground Zero by both New York City Mayor Rudy Giuliani and EPA Director Christine Todd Whitman. Workers at the site had no reason to doubt Whitman and Giuliani. Besides the Secret Service wouldn’t let President Bush stand atop millions of tons of smoldering ruins if the air quality could kill him.

Workers soon discovered the air quality at Ground Zero was not safe.

About this time, George’s persistent cough started becoming chronic. He soon learned he was not alone with these ailments. Hundreds of city workers who worked at Ground Zero for extended periods of time began showing signs of similar respiratory problems. George and others working at Ground zero went to see a doctor.

George was diagnosed by doctors as suffering from Asthma and Emphysema from being exposed to toxins at Ground Zero. These health issues cause him to suffer from Chronic Bronchitis, Rhinitis and sleep apnea.

City of New York Hits George Lewis In The Wallet

George Lewis realized it was time to retire from the NYPD about a year after the attacks. He decided to move to a quieter police department in suburbs. This would allow him to be closer to his family.

George retired from the NYPD in August of 2002. He soon joined the Montgomery Police Department about 70 minutes from New York City.

As George’s health soon began to deteriorate in 2010, he left his job with the Montgomery Police Department. More bad news hit George when the City of New York informed him they were cutting off his pension effective immediately.

The City of New York cited an obscure amendment from the city charter written in the late 1800s. The amendment states that city employees can not receive both pension and disability benefits from the city

George now faced a 75% loss in income as he battled the government bureaucracy of the City of New York.

George Lewis began falling behind on his mortgage payments to Bank of America while battling respiratory issues and the NYPD Pension Board. Nationstar Mortgage served the Lewises with a foreclosure lawsuit in June of 2013. George and his wife sought the help of a lawyer who advised him to file bankruptcy. Unfortunately for George, this attorney did not understand the nuances of mortgage lending. The bankruptcy only delayed the foreclosure it didn’t stop it. The attorney did manage to drag out the process but that is essentially all he did.

MFI-Miami has reviewed the case file and did some initial research. It appears Nationstar Mortgage and Frankel Lambert have more serious problems with this file than just jerking around a 9/11 hero. 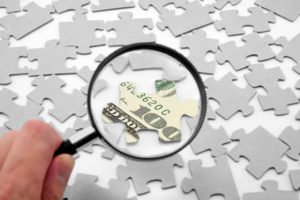 My first observation when I received this file was that it was unusually clean. Information in the complaint precisely matched the mortgage records from the Orange County Clerk. The note contained a blank endorsement from the originating lender, Countrywide Home Loans. The recorded mortgage assignments made Nationstar Mortgage the mortgagee. Everything looked perfect to the untrained eye.

Up until last week, things were looking good for Frankel Lambert to railroad George Lewis and his family right into the homeless shelter. Nationstar Mortgage was on track take the Lewis’ home at the foreclosure sale next week.

Except Frankel Lambert wasn’t expecting someone like me to get involved in the eleventh hour.

The first thing I did was research the MERS database. The MERS database showed two pieces of information about the file that Frankel Lambert omitted from the complaint.

The database also included information Bank of America and Nationstar Mortgage neglected to record with the Orange County Clerk.

Fannie Mae Is Lurking In The Shadows

MERS shows Fannie Mae is the owner of the mortgage and note, not Nationstar Mortgage. In addition, the MERS database also showed that MERS as nominee for Countrywide Home Loans had already assigned the mortgage to Fannie Mae prior to Bank of America’s acquisition of Countrywide.

This is five years before Bank of America recorded a mortgage assignment indicating they acquired the mortgage from MERS in August of 2012.

This information is also confirmed by Fannie Mae’s database. Fannie Mae is the holder of the note and mortgage.

This information would invalidate both mortgage assignments for the simple fact that New York law requires the mortgage must follow the note.

This creates a serious issue for Nationstar Mortgage. Fannie Mae’s charter clearly states that Fannie Mae is the owner of the note and mortgage beginning at the loan’s inception. Yet, Fannie Mae’s involvement in the loan process is not recorded on the public record. Nor is it included in the court file. Both of which are required under New York law.

Nationstar Mortgage received a judgment award in the amount of $543,227.45 in June. However, preliminary calculations by MFI-Miami indicate this dollar amount is grotesquely miscalculated.

Calculations of unpaid principal and interest by Nationstar also appear to be padded by nearly $20,000.

This would indicate that not only did Nationstar Mortgage not have legal standing to foreclose, they also tried to steal more than $50,000 from a 9/11 First Responder.