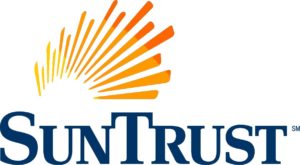 The situation looked grim for single-dad Mike Conroy of New York. Suntrust Bank had spent the past three years attempting to foreclosure on Mike. Mike and his attorney thought they were out of legal options. Suntrust Bank refused to negotiate any type of loan modification.

MFI-Miami was hired and turned the situation around. The first thing MFI-Miami did was to research the Fannie Mae and MERS database. The MERS database showed two pieces of information that were omitted in the foreclosure complaint. As such, the first being that Fannie Mae was the note holder, not Suntrust. The MERS database also showed that MERS as nominee had already assigned the mortgage to Fannie Mae. Therefore, MERS could not have assigned the mortgage to Suntrust Bank in August of 2011 as alleged in the complaint.

Liebler, Gonzalez & Portuondo obviously googled MFI-Miami. They discovered Steve Dibert has the reputation of being the Roy Cohn of foreclosure defense.

MFI-Miami’s report was submitted to the court in New York and Suntrust Bank approached Mike’s lawyer and his loan specialist, Olga Rosado. Suntrust wanted to make an offer to settle. They offered Mike a principal reduction of over $200,000 and a 3% interest rate. Mike accepted. Mike’s mortgage is now $374,000 instead of $581,000 and his interest rate was lowered from 6.875% to 3%.