It may be time for Leo Kaytes Ford owner, Leo Kaytes, Sr. to dust off a copy of Glengarry Glen Ross and get staff fired up about getting customers in the door and selling cars because his sales staff apparently has plenty of time on their hands.

Sales Manager Claude Jaillet had plenty of time to write profanity-laden messages on Facebook on Friday. He also had time to harass salespeople at other dealerships. You would think Jaillet should have been using his time more wisely. I don’t know, like developing plans to get customers into the Leo Kaytes Ford showroom to buy cars.

Our bizarre saga of cattiness began on Friday. I decided to post a birthday message on Facebook to a salesman friend of mine at Healey Brothers Ford/Lincoln/Mitsubishi. I encouraged people who visited him at Healey Brothers because Healey Brothers could usually beat any deal from the Leo Kaytes Ford based on volume.

I’ll refer to my friend as Mr. X for the duration of this article. Mr. X endured hours of catty verbal abuse from Leo Kaytes Ford Sales staff on his birthday getaway.

Mr. X was a big booster of the radio show I produced on WTBQ last year. 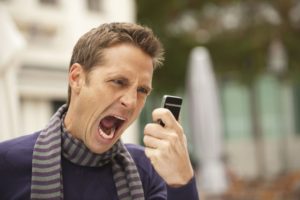 Claude Jaillet must have sounded a klaxon on the sales floor while Leo Kaytes ran around the showroom repeatedly yelling, “CODE RED! THIS IS NOT A DRILL!” at the top of his lungs to peel staff away from their games of computer solitaire and Angry Birds.

Mr. X and several other people with absolutely no connection to the post began getting bombarded with a barrage of catty and nasty text messages from employees at Leo Kaytes Ford. One person is a mutual friend of mine and Leo Jr. who had his vacation interrupted for the second time in 6 months with phone calls by a histrionic Leo Kaytes, Jr. complaining about me.

When I thought this clown car of cattiness couldn’t get any crazier. I get a Facebook alert saying I was sent a group message originated by Leo Kaytes Ford Sales Manager Claude Jaillet to Mr. X and myself in which Jaillet threatens to call Mr. X’s sales managers at Healey Brothers Ford to complain about Mr. X’s “unprofessional” behavior for something Mr. X had nothing to do with.

The management at Healey Brothers must have laughed at Jaillet’s whimpering and whining because when I jumped into the Facebook conversation, Jaillet began playing internet tough guy by dropping f-bombs and not so subtle hints of violence against me.

The Conversation With Leo Kaytes Ford Starts Out Civil 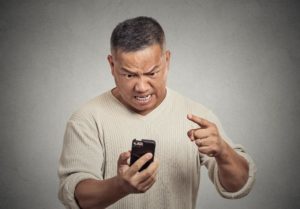 Claude Jaillet: (Mr. X) I do hope you have a great day. However, these posts saying how Healey ford can beat Leo Kaytes Ford and tagging them so they show on Leo Kaytes Facebook page are unprofessional and unethical and I don’t believe that If I called Paul or Dwight they would disagree.

(Mr. X): Claude, I didn’t post them I have no problems with you guys there. I asked Steve the party who posted it to take it down And he did.

Steve Dibert: Claude, if you or Leo have a problem with something I do or say, show some testicular fortitude and call me directly instead of taking a passive-aggressive approach by crying, whining to and threatening other people who had nothing to do with the post. If you can’t show some backbone to me how do expect to be a successful car salesman? Or better yet, how can Leo expect to run a successful car dealership?

Steve Dibert: I also find it funny that you bring up “professionalism” when nearly 90% of the BS rumors floating around about me and Dominick Sammarone seem to originate at Leo Kaytes Ford.

Claude Jaillet: Steve, I copied you on the text and if you doubt my testicular fortitude come see me in person. Lose my name and number. You are out of your fucking mind and don’t know what you are talking about.

Steve Dibert: I lost your number a long time ago. Besides you just admitted you included me in this text. Does Leo know you are dropping f-bombs and threatening people with violence on social media? And you want to lecture others about professionalism? Besides, I’m from Detroit. So before you take this any further, you may want to contemplate who I may know or don’t know at World Headquarters in Dearborn.

Claude Jaillet: Go fuck yourself. Do not contact me again.

Steve Dibert: I didn’t contact you. You initiated this group conversation with me and threatened to have (Mr. X) fired from Healey Brothers when he had nothing to do with the original posting. I think Leo and Leo are going to love the PR this conversation is going to generate when I blast it all over the internet this weekend. I can see the headline on page 1 of Google now. “Consumer Alert: Leo Kaytes Ford Sales Manager Goes Nutso!”