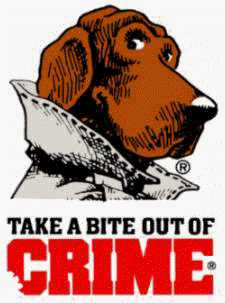 John Morales was the actor who played the crime-fighting cartoon character McGruff the Crime Dog. McGruff became famous in the 1980s for the catchphrase, “Take a bite out of crime!”

Morales was leading a double life as a drug dealer. Police arrested the former actor in 2011. Police seized 1,000 marijuana plants and 27 weapons including a grenade launcher and 9,000 rounds of ammunition.

The raid on Morales’ home happened after Galveston police and drug-sniffing dogs pulled over the actor for speeding. Police searched the vehicle. Authorities then found diagrams of two indoor pot-growing operations sitting on the front seat. They also found multiple pot seeds stored in his Infiniti.

As a result, Police raided Morales’ home and found the multitude of marijuana plants and ammunition. Police also found weapons including a grenade launcher.

The former actor pleaded guilty and was later sentenced to federal prison.

The actor insisted during his sentencing hearing that he was nonviolent but U.S. District Judge Vanessa Gilmore said:

Everything I read about you makes you seem like a scary person.

McGruff also reaches kids through commercials, songs, educational videos and booklet from the National Crime Prevention Council. Over the years, McGruff began talking about drugs, bullying, safety and the importance of staying in school. Recently, McGruff has appeared in commercials addressing identity theft.