The Ted Visner Crazy Train keeps chugging along even with Ted Visner in jail. Sheriff’s Deputies busted Visner driving an unregistered vehicle and not having a valid insurance policy. 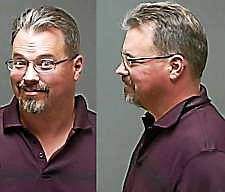 Smith lost the house to foreclosure and according to court documents filed by Ted Visner, Smith was not residing in the property.

Visner and his handful of passengers on the Ted Visner Crazy Train have claimed Visner had an ownership interest in the property because Visner and Smith were married and that the property was a marital asset. He has not produced a marriage license showing he ever married Smith.

Visner claims in court documents he married Smith in 2007. He later changed the date to 2004.Visner could also be looking at felony perjury charges for lying to the court about being married. Visner’s claim of ownership is further debunked because his name is not on the deed, mortgage or the note.

Isabella Sheriff’s deputies ran the license plate of the vehicle Visner was driving when he arrived Maxwell’s. They also discovered the vehicle did not have a valid insurance policy attached to it.

Ted Visner’s arrest fell far short of the dramatic Boondock Saints style gun battle he had prophesied in his videos. Visner did not put up any resistance.

Ted Visner Makes An Ass Out Of Himself In Court

At one point in the hearing, Visner said he wanted to “arrest the entire Isabella County” court system.

The Ted Visner Crazy Train returned to Judge Ervin’s courtroom the next day.

Visner was charged with operating an unregistered vehicle and not having vehicle insurance and with squatting and trespassing.

Visner actually stated his name when he asked. He then followed it with the claim that he is “running for president in 2016.”

After Ervin read the four charges, Visner refused to enter a not guilty plea. According to Sue Field at the Morning Sun, Visner told Judge Ervin:

I’m innocent. I’m not entering any plea that has the word ‘guilty’ in it.

Ervin lowered Visner’s total bond from $200,000 to $20,000 cash. He also observed that Visner had cooperated enough during the second round of court proceedings to be free of the contempt charge. Visner then did what most people with anger management issues do. He accused Judge Ervin and other local judges of being terrorists.

You heard me, right Ervin? That’s total bullshit and you know it. 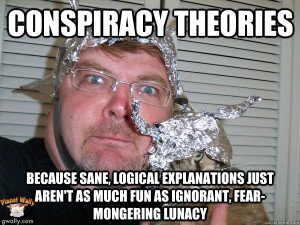 According to the Santa Maria Times from March 1, 2002:

The issue involved the mother of two of his children. Wagener’s own written words call her, “my non-legal plural wife.” They came together when she was 18 and were united by a marriage contract he wrote himself.

Wagener also has a legal wife and five children in Santa Maria.

He failed to appear at a February 19, 2002, hearing in the Wisconsin court dealing with child support. His excuse to the court was that he had a serious illness. But the next day he played host to the state Libertarian convention in Santa Maria.

Court records show that Wagener’s past has involved several of what he calls “non-legal” wives. For many years, Carole and William Wagener lived in a polygamous relationship that involved at least four other “wives” and seven children, according to evidence presented in a 1993 child support and custody case in a local court.

Wagener became embroiled in the battle when Choe sued for child support and custody. He filed for bankruptcy shortly after the case went to court.