A Michigan man was found guilty today of 15 counts of mail fraud in a $50 million Ponzi scheme that spanned ten years. 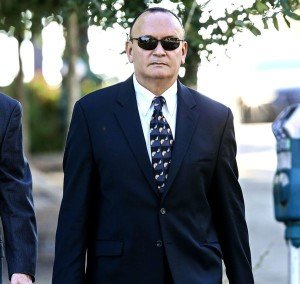 Wifredo A. Ferrer, United States Attorney for the Southern District of Florida, and George L. Piro, Special Agent in Charge at the Miami Field Office of the FBI announced that after a six-week trial, Joseph P. Zada, 57, of Grosse Pointe Shores, Michigan, and formerly of Wellington, Florida, was found guilty today of 15 counts of mail fraud in a $50 million Ponzi scheme that spanned ten years.

Joseph Zada held all the hallmarks of a savvy businessman who had amassed a fortune with ownership  of several of the biggest homes in Florida, luxury automobiles, lavish parties, constant bodyguards and a monthly American Express bill of $500,000.

In reality, Assistant U.S. Attorney Rolando Garcia told a group of jurors in Zada’s fraud trial that the man who once owned the biggest estate in Wellington built a facade with cash he swindled from sports greats, firefighters and even family friends, who fell for his promises of big returns on phony oil investments and an inheritance that never materialized.

The victims of Zada’s Ponzi scheme included an internationally hockey player and former Detroit Red Wings Center Sergei Fedorov, former equestrian champion Robert Dover, a veterinarian, a jeweler, and a pawnbroker, as well as a number of firefighters and family members.

As part of the Ponzi Scheme, Zada told the victims that he was investing their money in oil and currency trading through a top-secret board headquartered in London.  In truth, he never invested their money, but instead squandered it on a lavish jet-set lifestyle, which included mansions in Florida and Michigan.  The victims of the Ponzi scheme were defrauded out of more than $50 million. When pressed to return the investment money, Zada claimed he was awaiting a billion dollar inheritance from a member of the royal family of Saudi Arabia, but the inheritance never materialized.

Zada was taken into custody immediately after the verdict was read. Zada faces up to 20 years in prison for each of the 15 counts. His sentencing is scheduled for November 20, 2015 at 2:00 p.m. before U.S. District Judge Kenneth A. Marra.