Wells Fargo Continues Its Campaign Of Fear On The Elderly 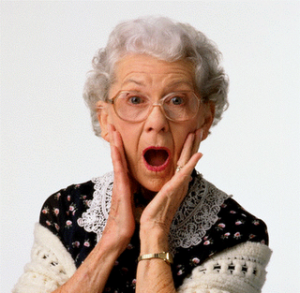 The Turners sold the house in suburban Orlando to Alton Ricks in July 1994. They also transferred their assumable mortgage to him as part of the sale. Sheridon Turner told the Orlando Sentinel,

Needless to say, we were shocked. That lawsuit could ruin my credit. If we had the mortgage, why wouldn’t the bank send me a notice when someone stopped making the payments last August?

Wells Fargo told the Orlando Sentinel that it sued the Turners for foreclosure because Sheridon Turner was the “borrower of record.”

The lender will not hold him financially liable for the debt or reflect the foreclosure on his credit reports.

Assumable mortgages have disappeared from the marketplace since 9/11 because of low mortgage interest rates. Only FHA and the VA only offer mortgages that can be transferred from a seller to a buyer. For qualified buyers, the transfers can offer buyers lower rates when rates are rising. They also save buyers from paying as much in closing costs.

For qualified buyers, the transfers can offer buyers lower rates when rates are rising. They also save buyers from paying as much in closing costs.

The Turners have no mortgage on their 1,800-square-foot home in Seminole County. Wells Fargo also never sent any notices to indicate payments were late for the mortgage. In fact, the lender offered the Turners a $100,000 line of credit just weeks before filing foreclosure papers against them.

Finding the trail of mortgage paperwork has proven challenging. Ricks, who bought the house from the Turners, died six years ago at the age of 83.

It’s not clear who paid the mortgage following Ricks’ death.