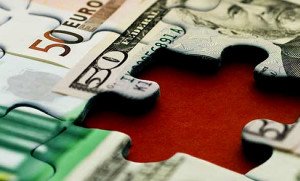 Soon after, Bill Youngblood began negotiating with Provident Bank to modify the first and second residential mortgages. Meanwhile, he was renegotiating a refinance of his loan on his commercial property in Harriman, New York.

The complaints also allege that in July 2013, after nearly 24 months of negotiating a loan modification and continual assurances by Dino Saracino that there was a deal close at hand, Provident, without notifying Youngblood, hired Blustein, Shapiro, Rich & Barone, LLP to foreclose and thus begin the illegal process known as “Dual Tracking” on both properties.

In February of this year, Youngblood thought he had finally put this ugliness behind him when attorneys from Blustein, Shapiro, Rich & Barone, LLP agreed to settle the foreclosure action if Youngblood gave them $100,000.

In November 2014, Sterling National Bank and Hudson Valley Bank agreed to merge. However the merger is pending shareholder approval. It had been expected to be finalized by June 1, 2015. However, the investigations could delay the merger. It could shatter it all together.